How to get more out of prison registers: Part 3

In this third and final post, Rosalind will show how information on individuals in prison registers can be used to tell us more about historic communities.

We can go further still. If the information on individuals in prison registers is accurate, combining it has the potential to reveal as yet undisclosed patterns and trends within communities.

For some time now, criminal justice historians have recognised the potential of prison registers and other similar nominal records of accused and convicted criminals to tell us about characteristics common to offenders in the past. After all, as I explained in my first post on prison registers, the expansion of information on criminals in the late 18th and early 19th centuries was, in part, driven by a desire among local officials and civil servants to know more about criminals and the causes of crime. As Robert Shoemaker and Richard Ward suggest, this is where the roots of modern criminology can, arguably, be found. 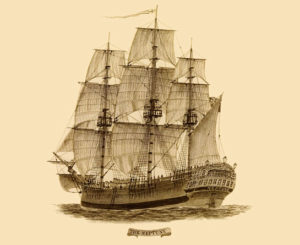 As early as the 1980s, a team of researchers led by Stephen Nicholas extracted data from nominal records on nearly 20,000 convicts transported to New South Wales between 1817 and 1840 in order to look more closely at the men and women sent to the penal colony. Among other things, their data revealed that the transported convicts were more literate than the English labouring population, were in possession of particular, useful skills or trades, and were physically fit and productive. Transportation was as much a system of immigration used to create a viable colony as a system of punishment.

More recently, historians such as Barry Godfrey, David Cox, Stephen Farrall and Helen Johnston have used a range of nominal records, including prison registers, to reconstruct the lives of criminals in order to study the characteristics of 19th century offenders and to better understand the social conditions in which crimes were committed. Their work has contributed much towards our understanding of recidivism and desistence in the past and present. 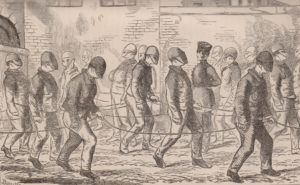 But how distinctive were the lives of 19th century criminals compared with those of more ordinary people who avoided prison? For decades, historians have worked hard to expose the ‘myth’ of a ‘criminal class’ in 19th century England. They have told us that petty crime was used by many in the labouring classes as a means of survival – for example, to supplement meagre incomes and to cope with periods of unemployment. Moreover, the rise of professional police forces in the early Victorian period was accompanied by the criminalisation of a wide range of activities previously viewed as legitimate or as civil nuisances.

These so-called ‘ordinary criminals’ can be found in substantial numbers in local prison registers. And while it remains a challenging task to isolate those characteristics potentially associated with their criminality from those which were common to the local labouring population, there are currently a number of historians who are doing just that: using personal information on accused and convicted criminals in prison registers to better understand populations outside the prison walls.

For example, Deborah Oxley, Stephen Nicholas, David Meredith and Sara Horrell have extracted data on heights and weights from metropolitan prison registers to examine the standard of living during the industrial revolution and to expose gender inequalities in the distribution of food in working-class families.

My own work has made use of the prison registers from the two county gaols in Suffolk – Bury St Edmunds and Ipswich – to study patterns in the acquisition of literacy among the laboring poor in 19th century Suffolk.

Spanning the period 1840 to 1878, these sets of prison registers contained unrivalled information about the literacy skills and schooling of 16,690 individuals. Not only did they tell us how literate each individual was (i.e. whether they could read, read and write, imperfectly or well, or do neither) but they also told us where prisoners had acquired their skills (school, prison or home), and if at school how long they had attended. And all this in the period before the establishment of a national (1870) and compulsory (1880) system of elementary schooling in England. 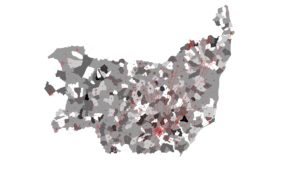 Mapping data from the Suffolk prison registers, showing: schools in Suffolk in 1833 together with where prisoners were born and went to school. (© Rosalind Crone)

Systematic analysis of the data from the Suffolk registers has shed new light on how the laboring poor learned to read and write in rural 19th century England. School played a large part – few prisoners with literacy skills learned these at home, or in an informal setting, exclusively. Public schools in receipt of state-funding – namely, National Schools and British & Foreign Schools – were either more popular, or had more success in imparting skills, than either working-class private schools (also known as dame schools) or Sunday schools.

The Suffolk registers also showed that laboring populations were far more literate than official literacy statistics derived from marriage registers have previously suggested. Many men and women had learned to read, but could not write. Moreover, the registers suggested that much of the early drive towards mass literacy in England was achieved through the conversion of would be partial literates (those learning to read only) into full literates (those able to read and write). The proportion of those unable to read or write remained largely stable until the advent of national and compulsory elementary schooling.

And finally, data on ages in prison registers illuminated the importance of life long learning, especially in laboring communities. The skills of reading and writing were often acquired, re-acquired, or improved later in life. Several institutions played a part in that trend, but perhaps most important among these was the prison itself. It is a little known fact that century prisons were conceivably the largest single provider of adult education in in nineteenth-century England.

There remains so much more to be done. Prison registers are a largely unexplored gold mine for local and social history. Apply due diligence, check the veracity of repeat offender data, and start collecting data. Together we can find out so much more about patterns of life in 19th century Britain.