Origins and legacy of the penal treadmill

In April 2022, Prison History project lead Rosalind Crone was interviewed by Dallas Campbell for his History Hit series Patented: History of Inventions on the origins and legacy of the penal treadmill. 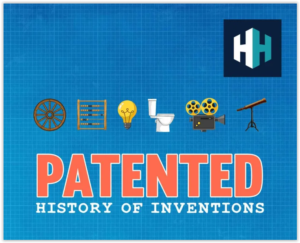 Dallas thought he’d be finding out about the evolution of exercise machines. He was surprised to get an account of the emergence of the modern prison in Britain, a story in which penal treadmills occupy an important place. And he did not expect to learn about medieval cranes as well! 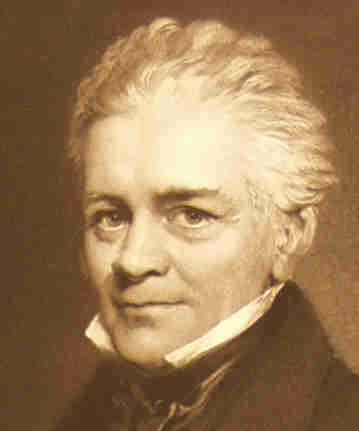 In c.1818, William Cubitt, an engineer based in Ipswich, Suffolk, came up with an idea to solve the problem of otherwise unoccupied prisoners serving short sentences in English and Welsh prisons. His invention, the penal treadmill (or treadwheel), was a large elongated wheel with wooden steps around the outside. Up to 28 men at a time would climb the steps and turn the wheel, while the power generated from the motion could be put to use grinding grain or pumping water. The penal treadmill not only offered the prospect of steady employment for untrained prisoners, but also the promise of equal and measurable labour, or punishment. 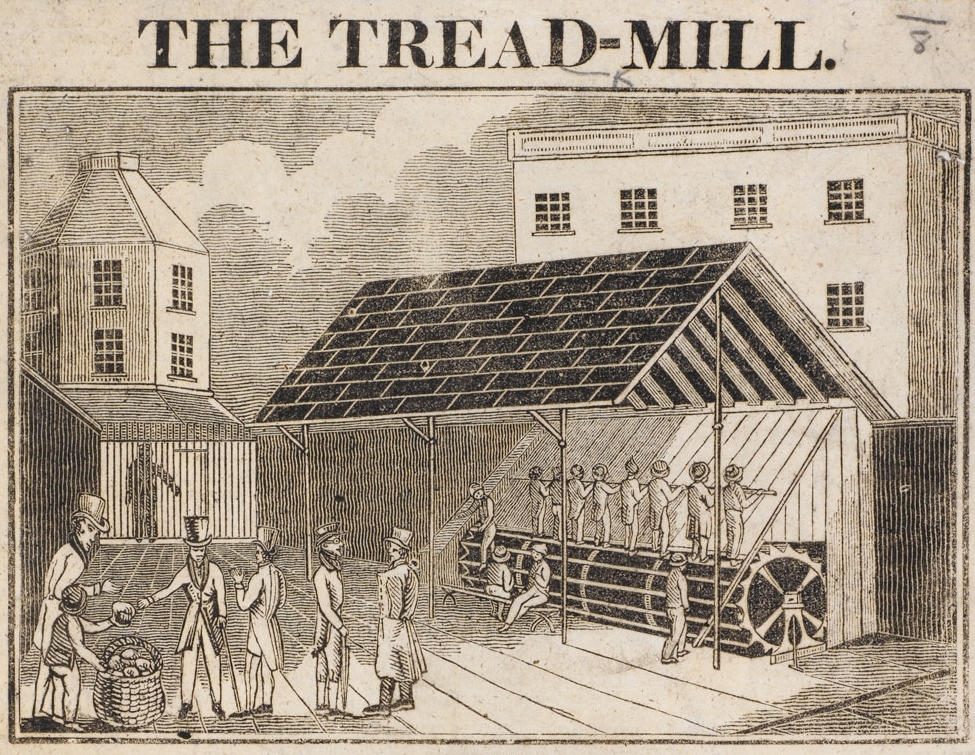 Like many inventions, Cubitt’s idea didn’t come from nowhere. Treadwheels had existed for centuries, and were often used to power cranes in the medieval period, though for these machines, the men walked inside the wheel, not on the outside (just like modern-day pet hamsters). In 1573, the engineer, John Payne, designed a corn mill powered by hand crank or treadwheel and convinced the Lord Mayor of London to install one in London Bridewell, a house of correction of idle apprentices and petty offenders. 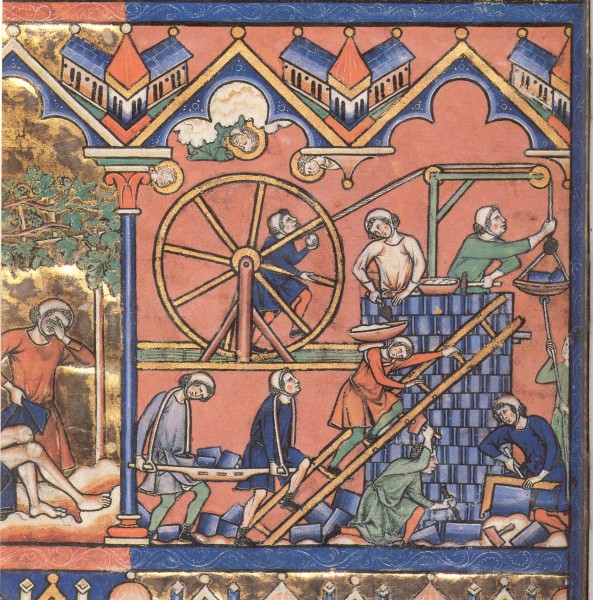 A treadwheel being used in the construction of a 13th century castle (Source: https://commons.wikimedia.org/wiki/File:Treadmillcrane.jpg)

Yet it was Cubitt’s invention that took off, because it captured the attention of penal reformers who were eager for solutions. By 1819, a prototype of Cubitt’s mill had been installed at Bury St Edmunds Gaol and House of Correction in Suffolk. This was soon followed by another treadmill at Brixton House of Correction. By 1824, treadmills had been erected in at least 54 prisons in Britain, and the idea had spread to other countries too.  However, not only did the machine fail to live up to the promise of an industrial solution to the problem of prison labour, it soon captured the attention of a new generation of penal reformers who were much more attracted to its painful properties. During the second half of the 19th century, the penal treadmill became an instrument of torture. 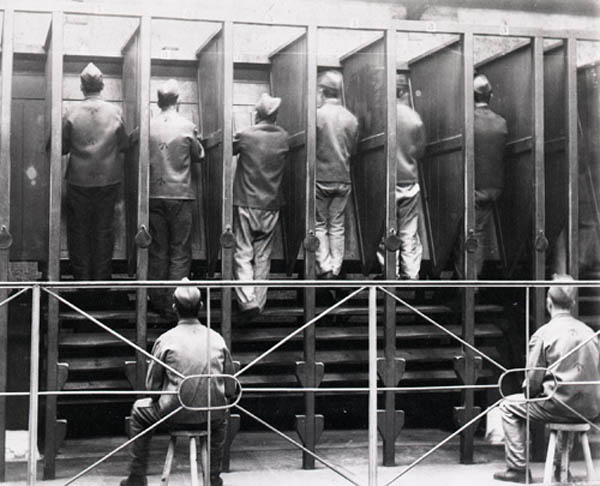 The treadmill at Pentonville Prison in c.1895 (Source: https://commons.wikimedia.org/wiki/File:Pentonville_Prison_Treadmill_1895.jpg)

Follow this link to listen to the History of the Treadmill on Patented: History of Inventions.