Neil Haverson, one of the curators at Wymondham Heritage Museum, tells us the fascinating story of the creation of set of playing cards from the pages of the New Testament by female prisoners confined in the Wymondham County Bridewell. 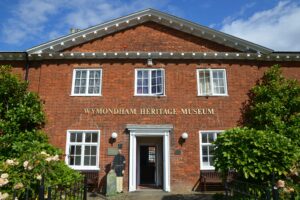 On October 3, 1842, Hannah Eaton, aged just 13, was incarcerated in Wymondham Bridewell. Records say that she was; “Charged on the oath of Elizabeth, the wife of John Powley, shopkeeper of Aldesby, with having feloniously stolen one cotton dress, his property.”

Wymondham Bridewell had closed in 1825 when a new prison was opened in Norwich. However, in 1831 work began on repairing the building and in 1832 the clerk of the peace was instructed to place advertisements in local newspapers to state: “That the House of Correction at Wymondham is opened for the reception of female prisoners and of persons committed for re-examination.” 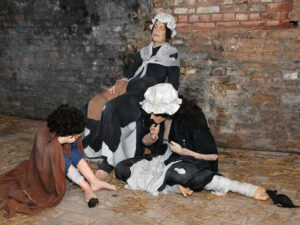 Those sentenced to hard labour were employed in washing and sewing for the male prisoners at Norwich County Gaol. In its first year, there were eight women convicted of larceny and 12 “lewd” women in residence.

When Hannah Eaton was sentenced in 1842 there were around 19 women prisoners in the gaol. These included Matilda Leamen, aged 43, who had stolen two six-yard lengths of lace and Mary Ann Balls, aged 16, found guilty of “stealing one shilling, one sixpence and other monies”.
The inmates were given copies of the New Testament, presumably to improve themselves. During the day they toiled in the laundry; for entertainment they turned to the New Testament – but not necessarily to read it. 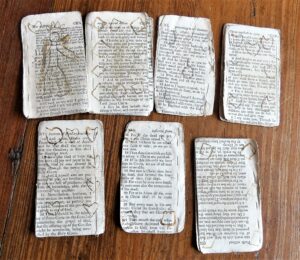 They tore pages from their bibles and stitched them together in pairs to make them thicker, probably with thread they spirited away from their sewing duties. Using charcoal for clubs and spades and it is thought blood for hearts and diamonds, they fashioned a pack of playing cards. 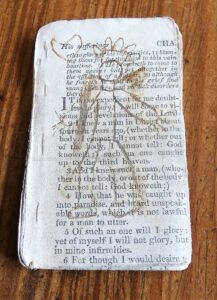 The Bridewell ceased to be a prison in 1878 and became a police station and then a court house, which closed in 1963.

In 1994 Wymondham Heritage Society bought The Bridewell from Norfolk County Council and began the conversion of the building to accommodate, among other things, Wymondham Heritage Museum. In the course of these renovations the pack of cards made by the prisoners more than 100 years earlier was discovered tucked in a window frame.

They have been carefully stored; visitors can view them on request. For display purposes, local historian Anne Hoare has made a replica set.

The replica set of playing cards can be seen on display at the Wymondham Heritage Museum.

For more information about the history of The Bridewell, and the exhibits in the Wymondham Heritage Museum, follow this link.