Northleach Old Prison is located right in the heart of the Cotswolds, on the busy A429 between Cirencester and Stow-on-the-Wold.

It sits at the head of the River Leach, nestled in a valley, with beautiful hills rising on both sides. The contrast of the building with the surrounding landscape makes it impossible to miss. Nor would you want to miss it. This is a building with a fascinating history to explore.

We have numerous photographs to show you – but to get properly immersed into the Northleach Old Prison experience, and to fully embrace its interior and exterior, watch our video to explore it room by room. 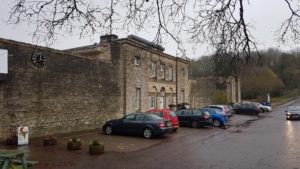 View of the exterior of the Old Prison, taking in the Keeper’s House and the North House (© Rosalind Crone, 2019)

It begins in the late 18th century, with the visit of the famous prison reformer, John Howard, to the County Gaol in Gloucester. Howard was appalled by the conditions he found there, though the Gaol was typical of the time. Howard’s visit to Gloucester and many other county and borough prisons sparked a national penal reform movement, as local magistrates began to make improvements to the institutions under their control. Between c.1780 and c.1800, around 60 prisons in England and Wales were either built or rebuilt, many incorporating principles of design and management promoted by John Howard. 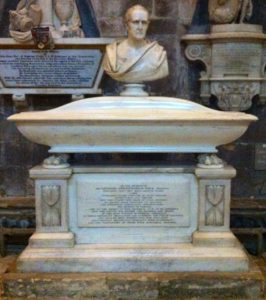 In Gloucestershire, the cause was taken up by a local woollen manufacturer, Sir George Onesiphrous Paul. In 1780, Paul was appointed high sheriff for the county, which gave him responsibility for the county gaol. He began to study the subject of imprisonment in depth, and agitated for the reform of the county prisons. In August 1783, Paul presented his blueprint for reform to the county magistrates. It included the construction of a new county gaol in Gloucester, part of which would serve as a penitentiary (for those selected to serve a period of imprisonment instead of being transported), and the establishment of four houses of correction, at Littledean, Horsely, Lawfords Gate and Northleach. The scheme provided a model for magistrates in other counties.

Northleach Bridewell, or House of Correction

The Northleach Bridewell, or House of Correction, opened in 1792. The first buildings included a keeper’s house, reception room, chapel, and accommodation for prisoners spread across the three blocks. Each prisoner was allocated two cells – a night cell for sleeping, and a day cell (much larger) in which he or she would work. Prisoners were kept in silence, as far as possible. 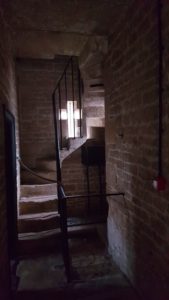 Work in the early years included wool picking, carding and spinning. Some prisoners who had a trade were permitted to practice it inside the prison – for example, tailoring and shoemaking. The desire for more punishing labour for prisoners led to the introduction of a treadmill by 1827. Prisoners took turns on the treadmill – only 9 or 10 could be accommodated on the machine at one time. While they were stepping, their peers were kept in an adjacent yard, walking in a circle, awaiting their turn. In 1840, a new, more effective treadmill was installed in a new Mill House built in the southern corner of the site.

Four years later (1844) a new block for female prisoners – North House – was added to the prison after the accommodation for women was declared inadequate. The block contained six cells, each with a toilet. Women in the prison were subject to much the same labour as women at other county prisons – cleaning, laundry, sewing, and cooking. 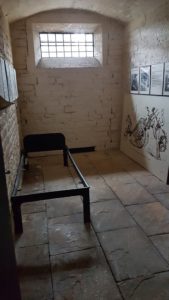 Despite these ‘improvements’, prison inspectors continued to find fault with the buildings and the regime. In 1850, John Perry criticised the site of the prison – ‘being somewhat low, and having a stream of water passing underneath it’ – the punishment cell – which posed a serious danger to life – the cells of male prisoners – difficult to warm and with no adequate ventilation – and the chapel – which was ‘inconveniently constructed’. 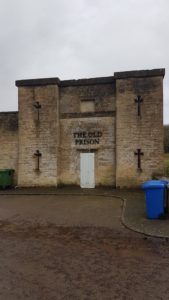 The North House, or the old female prison. The only surviving part of the Old Prison (© Rosalind Crone, 2019)

The demise of the prison, however, was the consequence of the development of railway in the Cotswolds, which made travel between courts and prisons much easier and quicker. In 1857, the decision was made by the county authorities to close the prison at Northleach as it was no longer necessary. Convicted criminals were no longer sent here, but a small number of prisoners on remand continued to be accommodated.

In 1859, the reception room at the front of the prison which had formed part of the keeper’s house was converted into a petty sessions court for the district. It made sense then, to use another part of the Old Prison to house a new county police station. James Medland, county surveyor for Gloucestershire, was put in charge of the conversion. The Mill House, which had housed the treadmill, was turned into the public-facing police station. The sign can still be seen above the door. 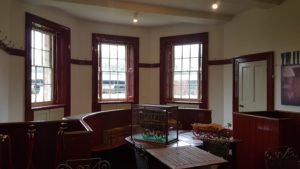 Police officers with families were accommodated in the Mill House, as well as in the former chapel. A police dormitory was created in the top floor of the north blockhouse. The Superintendent, who also served as Keeper of the House of Correction while the prisoners on remand remained on site, was given lodgings in the old Keeper’s House. 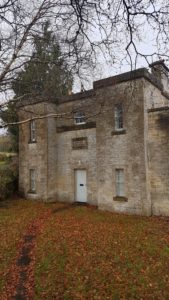 Finally, the south blockhouse was turned into a casual ward for the accommodation of vagrants. The wife of the first police superintendent served as the matron of the casual ward initially. Soon a Superintendent of Tramps took the reigns, together with his daughter who became matron. From this point on, the two functions – policing and poverty management – remained separate.

The Casual Ward closed in the 1930s. By the end of that decade, the County Council had demolished a large part of the prison. Only the keeper’s house, Mill House and North House remained.

The next year, 1974, the Northleach Petty Sessions court was merged with that in Stow on the Wold, and the courtroom in the Old Prison was closed.

As a now Grade II listed building, the remains of the Northleach Prison were protected from  further demolition. In the late 1970s, through the efforts of philanthropist Olive Katherine Lloyd-Baker, it became a museum of rural life.

The Old Prison – at the heart of the Cotswolds

The museum closed in 2002, and the District Council, the owners of the site, began to look for a buyer. In 2013, the Friends of the Cotswolds purchased the site, and spent several years transforming it into a visitors’ centre at the heart of the Cotswolds. 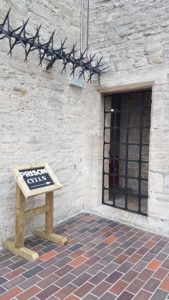 Cells in the North House are open for inspection (© Rosalind Crone, 2019)

Today,  the Old Prison continues to house Lloyd-Baker Collection. It also has a fine restaurant, serving the needs of both locals and tourists. The cells in the North House, the old female prison, have been restored and opened to the public. The Petty Sessions Courtroom is currently undergoing restoration. 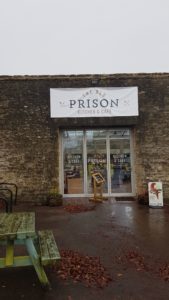 The new restaurant at the Old Prison (© Rosalind Crone, 2019)

The entry on Northleach House of Correction in the 19th Century Prisons database contains lists of sources on the history of the prison. Crucially, it also contains a list of all the surviving archives, most of which are available at Gloucester Archives.

Michael Banks, The Old Prison: The Story of the House of Correction at Northleach (Friends of the Cotswolds, 2013).