Will the real Eastby Jail please stand up?

If you are a resident of Eastby, near Skipton, North Yorkshire, or if you have been lucky enough to visit, you might know that it once had a small gaol, or lock-up. 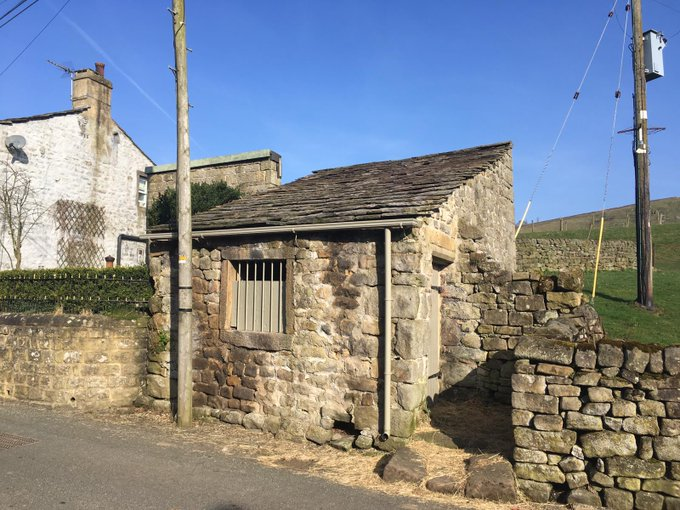 You might have heard that it was located close to the old Mason Arms public house (now a private residence), and that it was used to incarcerate the pub’s inebriated customers, especially visiting navvies. After spending a night in the cells, the story goes, the prisoners were forced to spend a day working on the village vegetable plot, on the west side of Eastby Bank, as a form of community service to ‘pay’ for their accommodation. 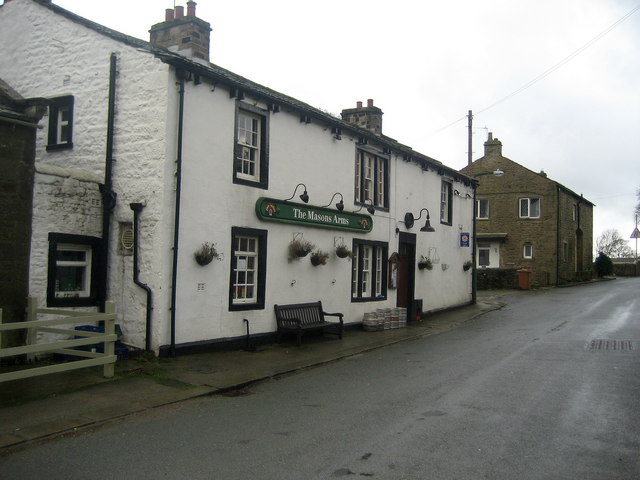 A building with bars on the window on the north side of Barden Road, close to the old Mason’s Arms, has typically been identified as that gaol. Through detailed and painstaking research, local historians Jane and Chris Lunnon have not only shown this building to be an imposter, but they have also cast doubt on the local legend so often told about the gaol. We were so delighted when they offered to share their fascinating research with us.

Our research has shown that the current building on Barden Road, known locally as Eastby Jail (or Eastby Lock-up), is an ordinary farm building, while the original jail or lock-up, which was a few metres away, has long since disappeared. This is based mainly on the evidence of the tithe map, and ordnance survey maps from the mid to late 19th century and early 20th century.

The Tithe map of 1847 is the earliest known map to exist for Eastby. The award documents which accompany the map list the following properties relating to the jail:

On the Tithe map itself, there is a building shown at the corner of ‘Robins croft’ and ‘Cook croft and Jail’ fields, with a yard on its east side. At this scale it is not completely clear as to which field has access to this building, but a small connecting mark shown on the yard’s north wall appears to show it was associated with Robins Croft.  But it also appears to have a gated access to field 345 (the property described as ‘Cook croft and jail’).

The assumption therefore could be that this little building was the “Eastby Jail” as it was in 1847. The associated yard would also tend to support the local tradition that the gaol was also used as a bull pen.

Fast-forward to 1851. The First Edition of the Ordnance Survey map from 1851 map shows that within 4 years of the Tithe Award, the building presumed to be the Jail had disappeared. The map shows the ‘layby’ which had been next to the  yard to the east of the “Jail” was still there – and indeed it still survives today.  The water trough that stands in this layby today, however, is not shown on the 1851 map, even though there was one indicated opposite “Eastby Cottage” (now known as Bower House) on the map.

In the 1889 O.S. map, the boundary between fields 350 and 344 had gone (although some trees are shown along the line of the former field boundary), and the wall line between fields 350 and 345 had been slightly diverted westwards to connect with the corner of a farmhouse (in the tithe map this was a cluster of cottages with 2 outbuildings, given the number 219 – those cottages are now a single house called “Sunny Bank”). The building we assumed was the original gaol is still not indicated, which discounts the possibility of an error in the earlier mapping. 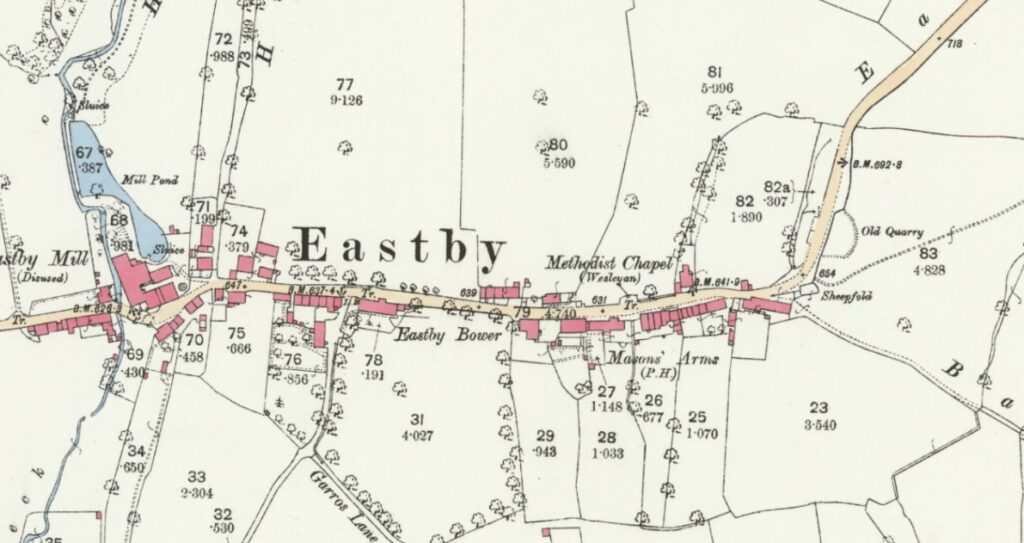 Now let’s look at the 1907 Ordnance Survey Map. There was little change shown in the 1907 map. The building that many locals now believe was the “Eastby Jail”, perhaps because there are bars on the window, is the small outbuilding (circled). attached to the yard of what is now “Sunny Bank” house. In the 1847 Tithe map it is clearly considered to be one of the two outbuildings associated with the cottages occupied by William Whitaker and others.

It is interesting to note that by 1907 there was, in addition to the older trough opposite Bower House, a relatively new trough situated in the layby next to where the original gaol building had formerly stood. 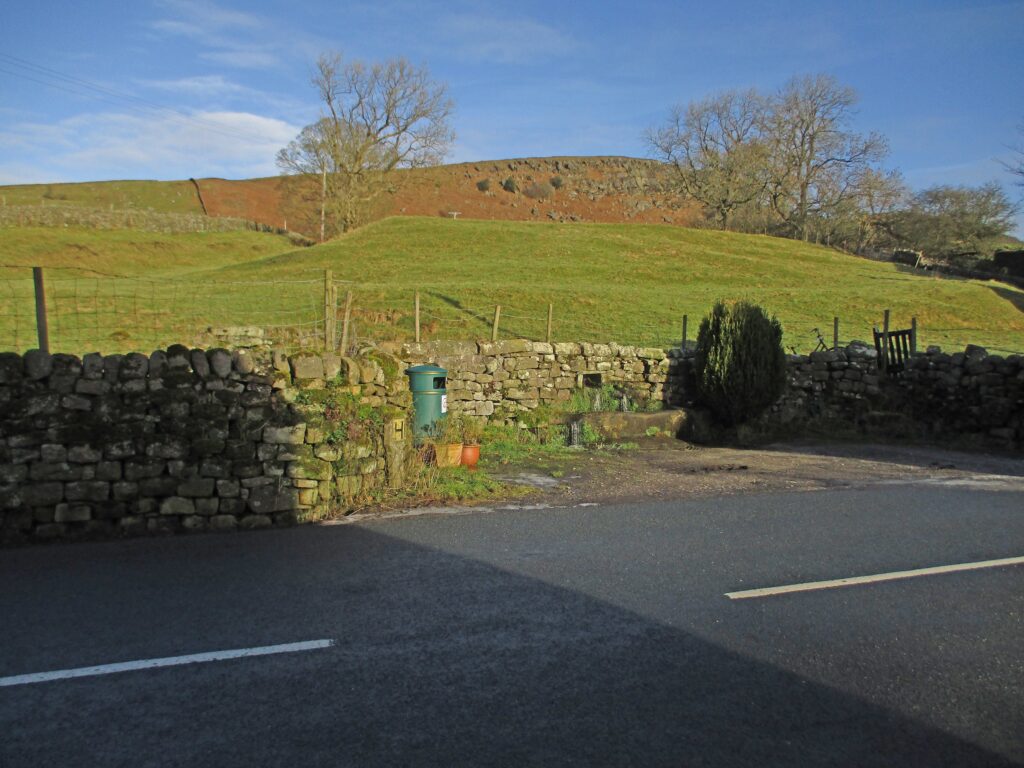 The lay-by – probable site of the original Eastby Jail – as it appears today © Jane and Chris Lunnon (with kind permission).

Finally, there is evidence from Google Maps. The present-day layout of this part of Eastby, as revealed by satellite imagery, shows a relatively new West-East boundary wall has appeared behind the houses on the north side of Barden Road. The North-South aligned walls, however, are the same as they were in 1907. The layby with the trough is clearly visible, halfway between “Sunny Bank” and the Methodist Chapel, but there is no visible evidence (for example building foundations) of the former little neighbouring building, which we believe was the original “Eastby Jail”.

What about the local legend?

It is not uncommon, historically, for there to be lock-up jails in villages. This need was reduced from the mid-nineteenth century as the local police force was established, and offenders could be taken away to Skipton. The evidence of the maps seems to imply that since a village gaol was no longer necessary it was demolished sometime between 1847 and 1851. Indeed, it is very possible that it was being used as a bull-pen in its final years, which would explain the presence of a back yard and direct access to the neighbouring field, as shown on the tithe map. However, it could equally have been a pig pen.

The small building which now sits alongside Barden Road (known locally now as the “Eastby Jail”) appears to have been constructed before 1850, as it appears to be part of the group of houses occupied by ‘William Whitaker and others’ (property number 219 on the Tithe map). Although it is possible that drunken customers of the Mason’s Arms were thrown in here overnight during the latter half of the 19th Century, we do not know of any documentation to confirm this. 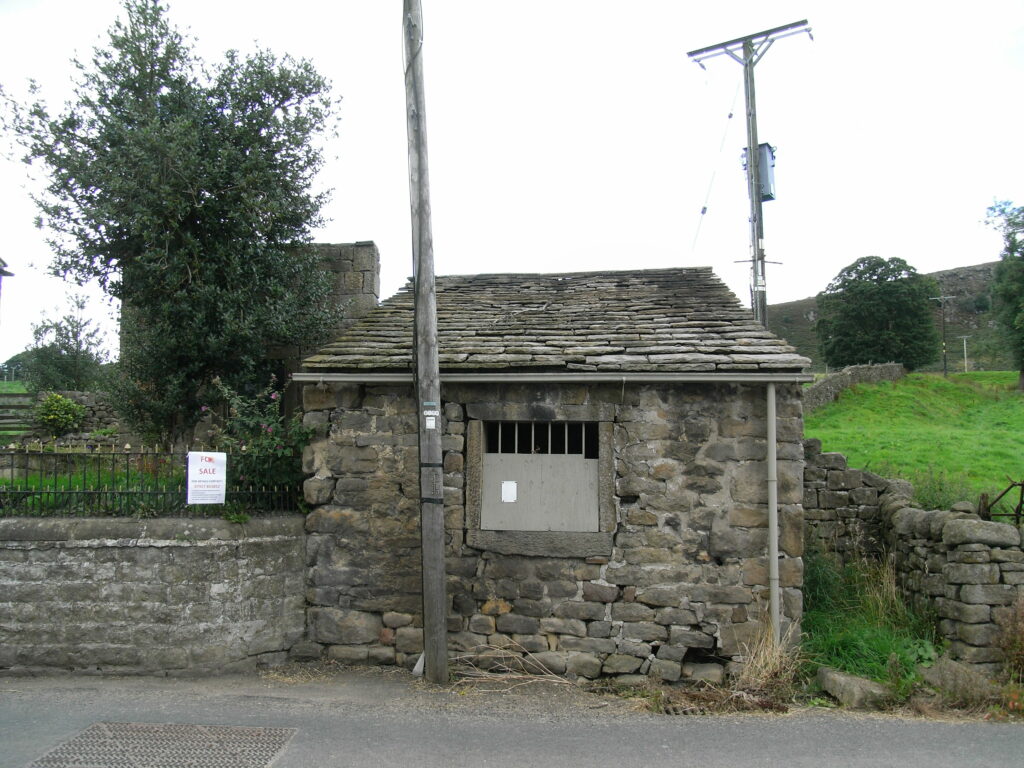 The building now popularly regarded as the Eastby Jail, on Barden Road © Jane and Chris Lunnon (with kind permission).

The local stories about Eastby Jail recount that is was used for navvies when they were drunk after frequenting the Masons Arms Pub (now a residential property), on the opposite side of the road. There were only short periods when navvies would have been present, or possibly present, in Eastby.

The drunken navvy lock-up story may well be simply a conflation of a number of facts and beliefs. The field and building names would have preserved the memory of the presence of the original gaol, even after the actual building had disappeared. There was clearly a building in Eastby used as a jail before 1851, and it may have existed for a long time before the need for it declined, and it was demolished between 1847 and 1851. This would also correspond with the period when the professional police force would be taking over responsibility for arresting offenders. However, as late as 1859, “The Handy Book of Parish Law” by London lawyer, W.A. Holdsworth, advised that the parish constable’s duties could still include taking an offender into custody for “a mere trivial affray, [and] he may liberate him when the heat is over.”

Although the original gaol was demolished, it may have seemed necessary to revive the practice of having a lock-up in the village, sometime after 1850. By the time navvies returned to Eastby – during construction of the reservoirs at the end of the nineteenth century – the outbuilding alongside the road, which stands next to Sunny Bank, may well have already been modified with bars on the windows to convert it to a new lock-up after the demolition of the original gaol. It is interesting that the access to this building is from the road on its east side, which implies it was no longer directly associated with the outbuildings of Sunny Bank it as it had been in 1847. 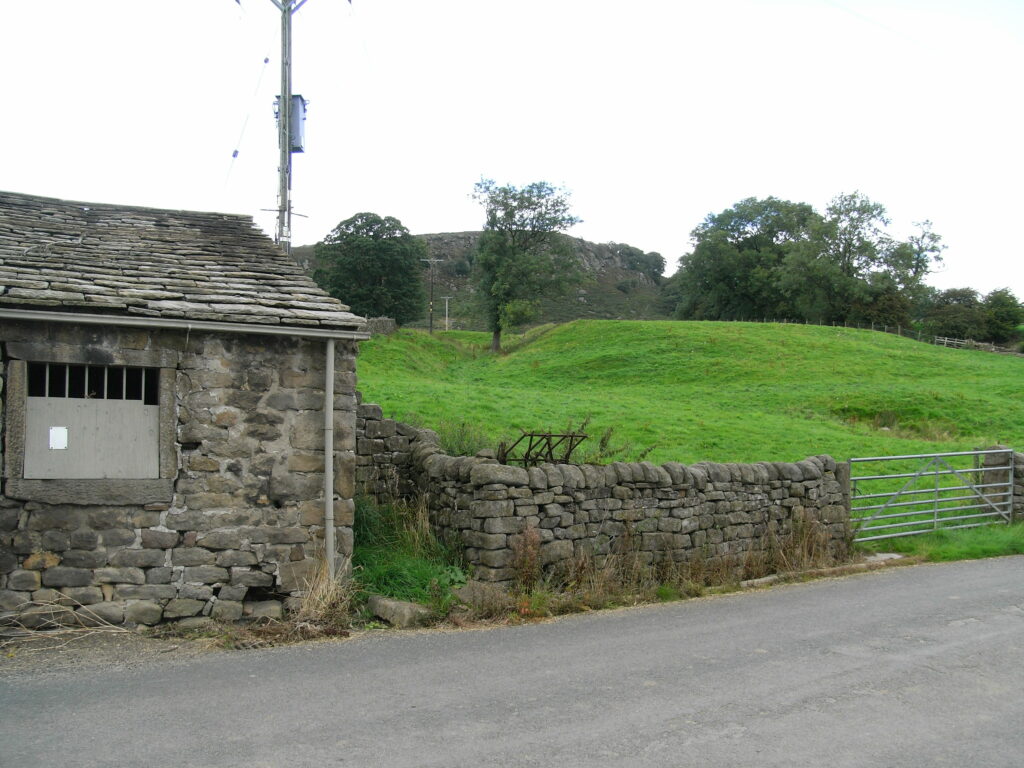 However, it is also plausible that this little building had always had bars on the window. In later years, locals, knowing that Eastby had once had a gaol, assumed that the bars indicated it was here, having forgotten the former presence of the earlier building.

With many thanks to Jane and Chris Lunnon for permission to publish their research and findings on Prison History. Follow these links to find out more about the work of the Embsay with Eastby Historical Research Group and the Upper Wharfedale Heritage Group (of which it is a part).