In her last post, Diane explained how a former prison and courthouse which dates back to the 1100s, was converted into a museum in 1895, and welcomed visitors again in 1960 after the museum was rebuilt following damage sustained during a World War II bombing raid. In this post, Diane tells us more about the building’s penal history. 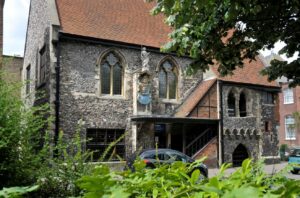 Anyone who has ventured into the Hold in the Tolhouse will tell you how eerie it feels – imagine spending years below ground in dark, filthy and cramped conditions.  Indentations in the wall where shackles once were and blackened marks above a candle arch bear witness to the horror of this place.  Prisoners could literally have spent years in the Hold awaiting trial as Henry VII did not grant Yarmouth the right to try its own felons until 1493. Up to this date the town had to gain the services of a travelling judge known as an ‘Eyre’, possibly from as far away as Kings Lynn. 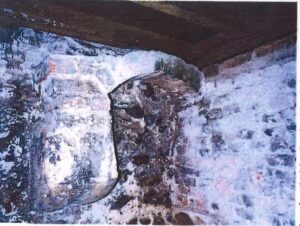 The Hold, showing the blackened marks above a candle arch (with kind permission of Norfolk Museums Service) 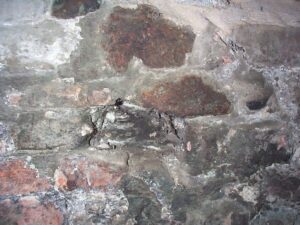 The Hold, showing indentations where shackles were once attached (with kind permission of Norfolk Museums Service) 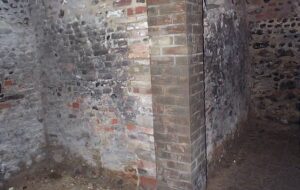 View of the Hold (with kind permission of Norfolk Museums Service) 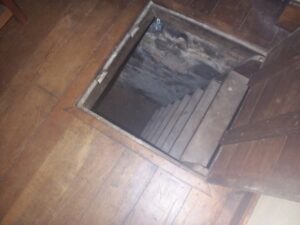 Access to The Hold, through a trapdoor in the Sarah Martin room (with kind permission of Norfolk Museums Service)

Punishments for crime were particularly harsh. People could be executed for theft of anything worth over a shilling.  In 1295 John de Waterbech was hanged in Great Yarmouth for stealing a pair of shoes. The penalty for petty theft and murder was the same.

Other penalties for wrongdoing included whipping, branding, imprisonment in the stocks or pillory, or other forms of humiliation. Those who could afford it might escape with a fine.  Imprisonment was rarely used as a punishment. People were kept in prison who were too poor to afford bail or who owed money and could not pay it. Begging or general vagrancy usually resulted in branding or whipping or both. 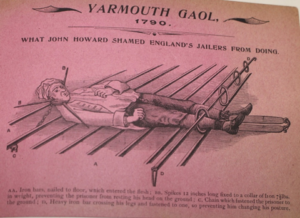 Unlike today’s juries who do not know the accused and are asked to judge the evidence, those in the Middle Ages were composed of people who either witnessed the crime or knew the accused personally. The gaol records suggest that a person’s reputation could save his or her life. For example, in Yarmouth in 1316, Richard of Cantley was found not guilty of theft because ‘he was of good repute.’

Extracts from the prison misconduct book show that solitary confinement was a common punishment for minor infractions of discipline in the 1850s, while deprivation of food became more common in the 1860s. 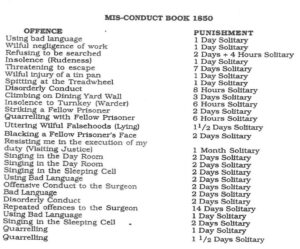 Extracts from the Prison Misconduct Book, 1850 (with kind permission of Norfolk Museums Service) 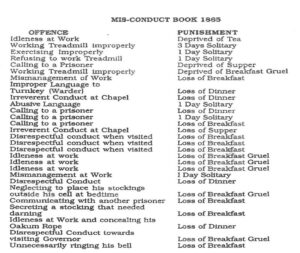 Extracts from the Prison Misconduct Book, 1865 (with kind permission of Norfolk Museums Service)

In the early 18th century, transportation began to be used as an alternative to the death penalty, as too many capitally convicted felons were simply pardoned or whipped before being sent back into English society.

Tolhouse prisoners sentenced to transportation would have been taken to a port on the coast and put in an old hulk awaiting a ship to take them to the colonies. Normal sentence was for a period of 7 years, but this could be doubled to 14 years if the prisoner had been convicted for a previous crime. After the completion of the sentence, if the prisoner wished to return to Britain they would have to pay for the voyage. 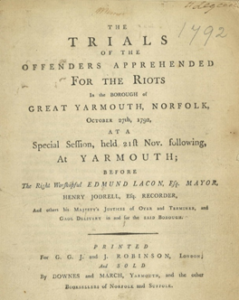 In 1792 bread rioters entered the Tolhouse to release prisoners. Their ringleader Ann Robinson was transported to Australia for 7 years. (with kind permission of Norfolk Museums Service)

In exceptional circumstances transportation could be for life. In 1825 William Neal, his wife Mary and their children Susan and William were all accused of trying to poison William Hales and his family by putting arsenic into the boiler in which the Hales’ family dinner was being cooked. The Neal family were originally sentenced to death but this was changed to transportation for life.

In 1839 John Ward was sentenced to be transported for 7 years for stealing a pair of shoes and was removed to the hulk Fortitude. That same year Thomas Brewer was found guilty of stealing a deal (plank of wood) valued at 5 shillings (25p) being the goods of Edward Davey. As he had previously been convicted of a felony, he was sentenced to be transported for 14 years.

With many thanks to Diane Marks for sharing her posts written to celebrate the 60th anniversary of the re-opening of the Tolhouse Museum in Great Yarmouth. Diane’s original post on ‘Tolhouse: Timelines, Torture and Transportation!’ can be found here: https://yarmouthmuseums.wordpress.com/2020/05/29/tolhouse-timelines-torture-and-transportation/