Originally built in the 1100s, the Tolhouse in Great Yarmouth served as a prison for the borough for approximately 700 years! Diane Marks, from Norfolk Museums Service tells us why 2020 marks an important milestone for the Museum. 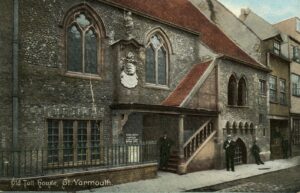 This year marks 60 years since the Tolhouse was rebuilt after being damaged by bombs in WW2 and reopened as a museum on 24 June 1960.

To mark the occasion, we are scheduling a year of posts on social media including facts about the history of the building and its various uses, photographs, memories and more. There will also be a display in the museum itself and a trail.

Some of the information for the posts has been taken from the book about the Tolhouse that our colleague Les Cole wrote, before he passed away. Sadly, the book was never published, however it has been donated to Norfolk Museums Service by his family and so seems to us to be a fitting way to use Les’ research about the building which meant a lot to him.

The Tolhouse is one of the oldest civic buildings in the UK and has a fascinating history dating back to the 12th century including possible use as a private merchant home or Cinque Ports Host House – followed by documented use as a prison, courtroom, council chamber and police station before closure in 1882. The building was then fortunately saved from sale or demolition and became a library, with the museum being added later. A copy of the programme from the opening ceremony on 18 June 1895 has been found in our archive documenting the occasion which we then discovered meant another anniversary – 125 years since the building became a museum!
We have very few photographs of the inside of the museum from this time – however we do have a postcard showing how the cells were displayed and the image below showing a view of the museum through an inner archway. 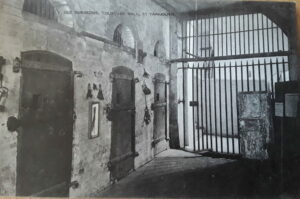 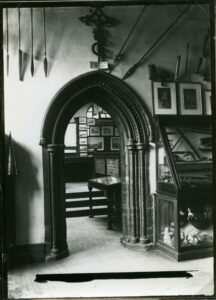 Some old postcards of the Tolhouse show external boards advertising exhibitions at the museum. In our collections we have catalogues from an exhibition in December 1902 featuring the works of Charles Harmony Harrison and another entitled ‘20th Annual Art Exhibition’ held from July to September 1927 – an invitation to which is shown below. 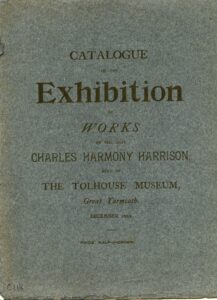 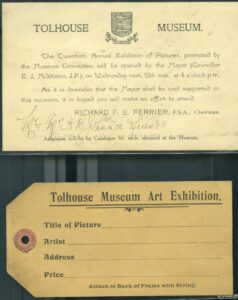 Tickets for the annual art exhibition at the Tolhouse, which date from the period 1893 to 1923 (with kind permission of Norfolk Museums Service)

The museum was hit by bombs for the first time in the Second World War on 8 April 1941 – it took a further hit on 25 June 1942 which all but reduced the building to a shell. The photograph below shows the damage sustained – there are more photos in recent social media posts too. In our collections we have the original bomb loss report and claim showing all the objects damaged or destroyed – a full copy of this was put onto facebook on 10 April if you wish to look back and see it. 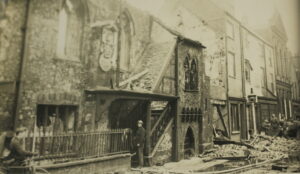 We’ve been collecting photographs and memories about the building and appealing for more from former staff, visitors etc. – we’ll share these as the year goes progresses, so look out for them on social media. There are also some photos documenting the rebuilding of the Tolhouse in our Percy Trett archive as below. 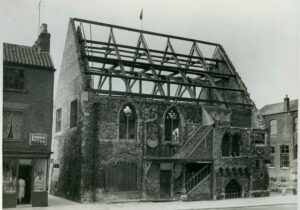 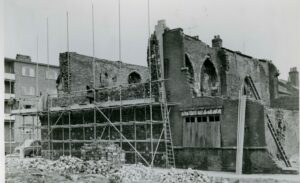 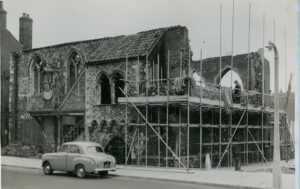 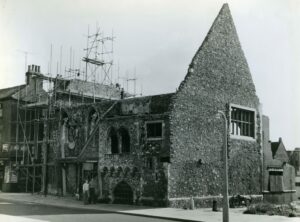 The Tolhouse reopened as a museum on 24 June 1960. Displays were updated and rejigged various times over the years before a major redisplay project took place in 2001-02 – this is largely how the museum looks today with a few recent additions such as the death head displays and some other updates which can be seen later this year. 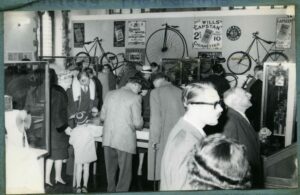 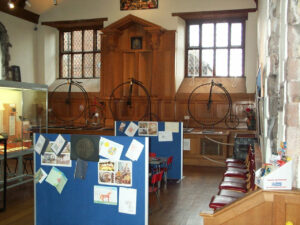 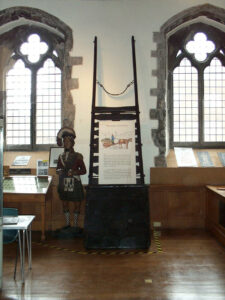 These days the Tolhouse is a museum managed by Norfolk Museums Service with displays and events organised throughout the year. It is hired regularly as a venue for paranormal investigations and most recently has hosted a couple of weddings. Times change but the Tolhouse is still an important building in the history of Great Yarmouth.
With current displays, the mini exhibition to celebrate the 60th anniversary of reopening and social media posts – we hope we’ve captured the most important points in it’s long and varied history. Fuller details can be found by following us on facebook and twitter – including more about documented visits to the Tolhouse by Witchfinder General, Matthew Hopkins, in 1645 and the Prince of Wales (future Edward VII) in 1885 along with posts about the work of prison visitor Sarah Martin from 1819 onwards.

The posts on social media will span the entire year so if you’ve worked at the Tolhouse, contributed to the redisplay in 2001-02 or have memories of visiting the museum at any point during the last 60 years please get in touch – all contributions gratefully received!

Contributions can be emailed to Diane Marks diane.marks@norfolk.gov.uk

With many thanks to Diane Marks for sharing her posts written to celebrate the 60th anniversary of the re-opening of the Tolhouse Museum in Great Yarmouth. Diane’s original post on ‘#Tolhouse 60’ can be found here: https://yarmouthmuseums.wordpress.com/2020/04/20/tolhouse-60/