Remarks   Roy's Blog states 'dates to the 18th century when it was built onto the integral foundations of a 13th century chapel'. Leslie Brooke, in his gazetteer of West Country lock-ups, states that Bradford-on-Avon lock-up was certainly in use in 1740. He notes the difference between the height of the door from the pavement. Local historian, Ivor Slocombe, notes that the chapel was rebuilt in the early 18th century as a single all-purpose room. In the 19th century it was altered to include two secure cells with iron doors and beds. The date of the cells is usually given as 1820, but more recent research suggests the alteration occurred as late as the 1840s. The iron beds and toilets were likely added in the 1880s. Slocombe's research also makes several important corrections to information from other sources - including the myth about the imprisonment of Methodist preacher, John Wesley (see below). Historic images of this lock-up show the changes of use, and concerns about security. 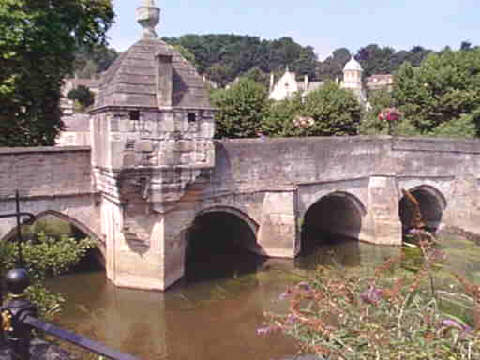 Further information can be found at
https://www.prisonhistory.org/lockup/bradford-on-avon-lock-up/