Phrases and sayings – from prison history

Ever wondered where the phrases and sayings we use in everyday conversation come from? Well, at least some have their origins in prison history!

Andy Griffin treats us to a description of a few – can you think of any others?

1. Here we go round the mulberry bush 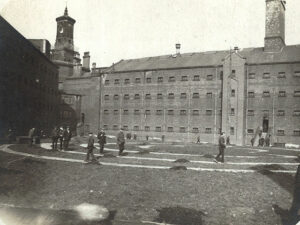 The exercise yard in the ladies section of Wakefield Prison had circular paths around a rather fine mulberry bush. The song goes on to list the rules and regime of the time such as having to wash daily and brush their hair. There must be many gardens around the country that have a souvenir mulberry bush as lots of staff took cuttings over a long period of time. 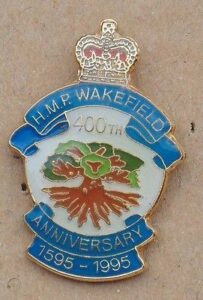 The mulberry bush appears on the crest of HMP Wakefield. Unfortunately, the famous tree died in 2017, and was removed last year. However, a mulberry bush grown in the garden of a former prison officer from cuttings of the original tree has been used to grow a new bush which it is hoped will be replanted at the prison in due course. Follow this link to find out more! 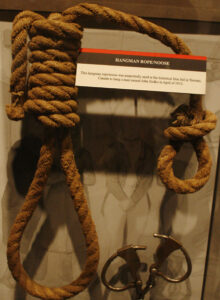 Usually after an execution the hangman’s rope was cut into small lengths and sold in the local gin palaces as a memento or souvenir. If the deceased was particularly notorious and there was a sell out, extra bits of any old rope we’re used to meet the demand. 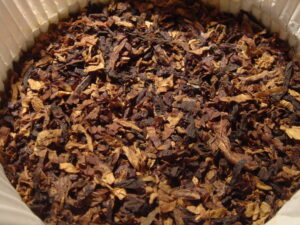 With fewer people smoking these days the term snout isn’t heard much as slang for tobacco. As there was a silent regime in many jails a type of sign language developed. If tobacco was needed they would stroke the nose in the hope that another prisoner may loan them some. Tobacco was up until quite recent times a form of currency in the prison.

4. Bad luck to walk under a ladder 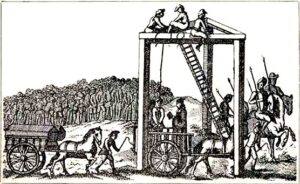 Bad luck to walk under a ladder. There are probably lots of other stories about this one but mine is that when a condemned man was led out to the gallows they usually walked under the ladder. In some cases to save money two ladders were used, the prisoner on one side and the hangman on the other. The public executions were a source of entertainment for the masses and often drew big crowds.

Can you think of any others ? Get in touch and let us know – we’d love to add them to this page!