Kelvin Pickford, volunteer at Lincoln Castle, shares some of his favourite vistas of Lincoln Prison on a sunny, Spring afternoon.

Lincoln Castle was used as a gaol from early times. In 1788, a county gaol was constructed in the Castle complex, to hold debtors, those accused of crime who were awaiting trial, and those who had been convicted of crime and sentenced to either transportation or death. 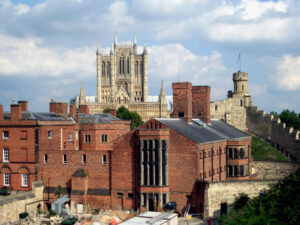 In 1847-48, the wing used to accommodate felons (those accused and convicted of serious offences) was demolished, and a new prison built with the intention of implementing the ‘separate system’ of prison discipline. In this regime, prisoners were accommodated in separate cells and only allowed out for exercise and to attend chapel. Like many local prisons in the Victorian period, the ‘separate system’ was never achieved in its purest form. 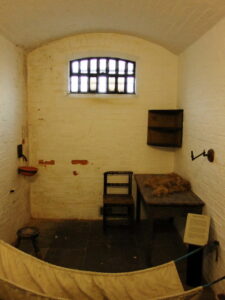 The prison was officially closed in 1878 when the management of local prisons was transferred from the local authorities to the Home Office. Lincoln Prison, like many other local prisons, was deemed to be inefficient and unnecessary. However, unlike many other 19th century local prisons which were closed at this time, Lincoln Prison survived, largely in tact, and is a wonderful example of the Victorian philosophies of imprisonment. It has the only surviving prison chapel built along the lines of the separate system – with individual compartments for each prisoner attending worship – in England. It is well worth a visit! 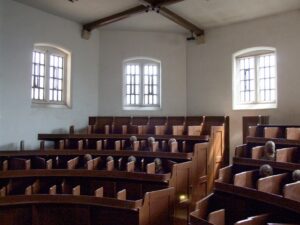 Chapel at Lincoln Prison, built to enforce the separate system of prison discipline by accommodating each prisoner in a separate compartment, the intention being that prisoners would not be able to see or communicate with each other. But they found other ways and partitions became subject to all kinds of graffiti. Most partitions were removed from chapels during the 1850s and 1860s. (Photo © Dave Hitchborne (cc-by-sa/2.0))

Photo Gallery: Lincoln Prison on a sunny day in Spring 2020

Exterior of Lincoln Prison, taken from the exercise yard. 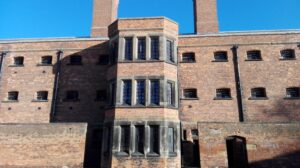 Note the galleried landing, which was typical for the new model prisons built in the 1840s and 1850s. Cell doors can be seen on each side. 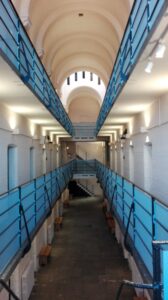 The last two images are of the female wing, with its similar galleried landing 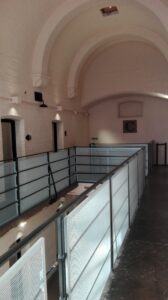 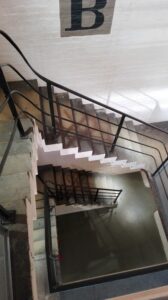 Visiting information for Lincoln Prison can be found on the Lincoln Castle website: https://www.lincolncastle.com/