On hearing our call for help to fill our Local Lock-ups Database , Margaret Koppens, secretary of the Halliwell Local History Society, Bolton, got in touch to tell us about her local lock-up… 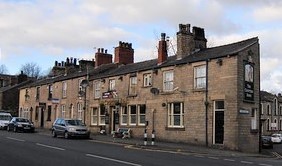 A recent edition of the quarterly magazine of the British Association for Local History contained a very interesting article regarding a researcher who having completed a database of prisons throughout the country was now looking for local ‘Lock-Ups’. This drew my attention as we have one in Halliwell.

The Crofters Hotel and adjoining cottages on Halliwell Road were built in the early 19th century by James Cross of Mortfield Bleachworks and were named ‘Water Street’. The Crofters was used occasionally as a meeting place for the Township Board as was the Jubilee School on Church Road. In the cellar of the pub and in the adjoining cottages were the cells for prisoners – ‘The Lock-up’.  As mentioned above the Constable was responsible for law and order and one of his tasks was to issue warrants for arrest for non-payment of Poor Rate, assault, serving ale after hours and bastardy, etc., when caught the prisoners would be put in the lock-up until they could be dealt with by the Board. 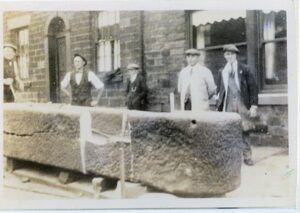 Census returns for the period 1841-1881 are confusing, as that part of Halliwell Road is named variously, Water Street, New Road and Halliwell Road, also the house numbers change and only become the numbers they are today in 1891.  Thomas Thornley was the landlord of the Crofters in the 1841 census and was still there in the 1861 census when a Police Constable named Samuel Roulston was shown living in one of the adjoining cottages. By 1871 Edmund Bleakley was the landlord and the Police Constable was Benjamin Shackleton again living in the adjoining cottages. Interestingly on the 1871 and 1881 census next to the entry for the Crofters, has been written ‘Local Board Rooms’, which makes one wonder if a room there was still being used for meetings as Halliwell had been absorbed into Bolton County Borough in 1877. 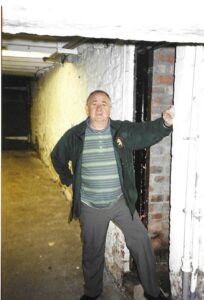 Passage leading from back door of Crofter’s Arms to the cell, Halliwell © Charles Stanford

It is believed that the cellars of the Crofters and two of the adjoining cottages were connected and were used as the lock-up. It is thought that this was the way that the Constable would take to check on his prisoners. When renovation work was taking place at 498 Halliwell Road two doors were removed and taken to Bolton Museum. These doors are approximately seven feet by six feet and have a smaller studded door and a small wooden opening hatch. 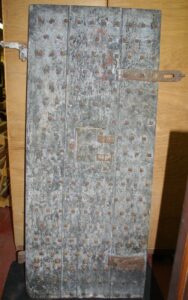 The Halliwell Township books from 1640 to 1821 are held at Bolton History Centre. Halliwell LHS has copies of the transcriptions by Archibald Sparke and copies of the later books up until 1821 which were transcribed by the late Derek Billington, founder of Halliwell LHS.