Go explore: Prison history in the city of York

For most, prison history in York begins and ends with a trip to the Castle Museum. 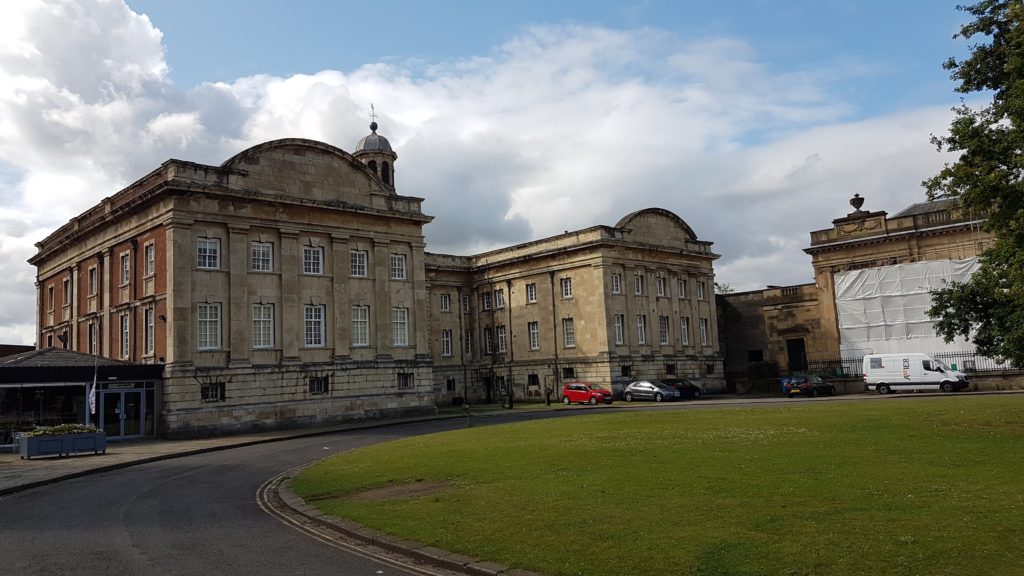 And why not? For nearly 1,000 years York Castle was an important site of incarceration. From c.1300, criminals awaiting trial at the Spring and Summer Assizes, held at the Castle, were accommodated in cells on the site. 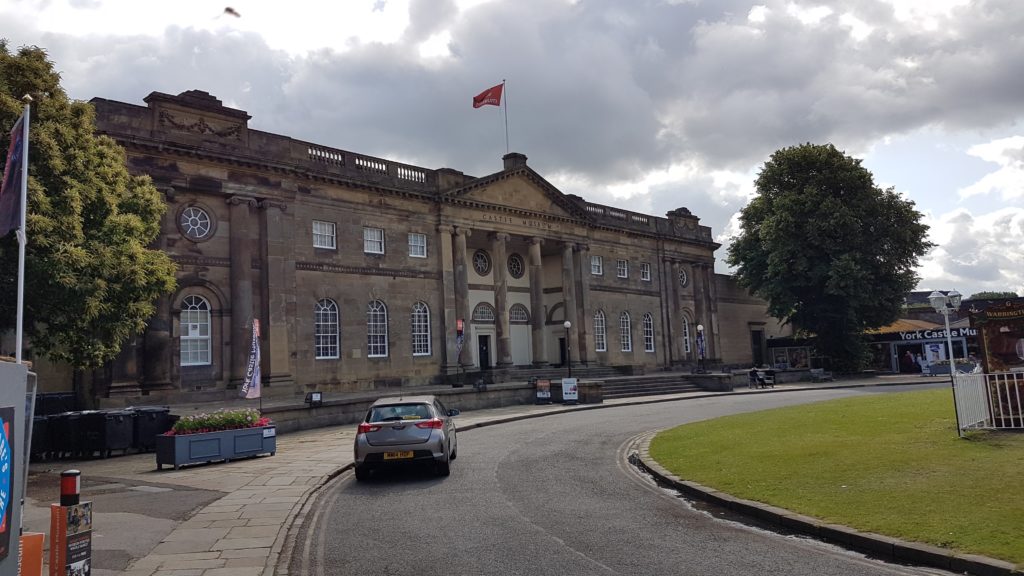 In 1705, a new county gaol for debtors and those accused of felonies and serious misdemeanours came into use. A Female Prison, to keep the women separate from the men, was added in 1780, and in 1835 a new county gaol, which later became a local prison (HMP York) was built on the site.

This last addition was, in 1929, demolished. The Female Prison was turned into a museum of social history in the 1930s, becoming home to the famous Victorian street, Kirkgate. The cells in the 18th-century gaol, however, were later turned into a prison museum. 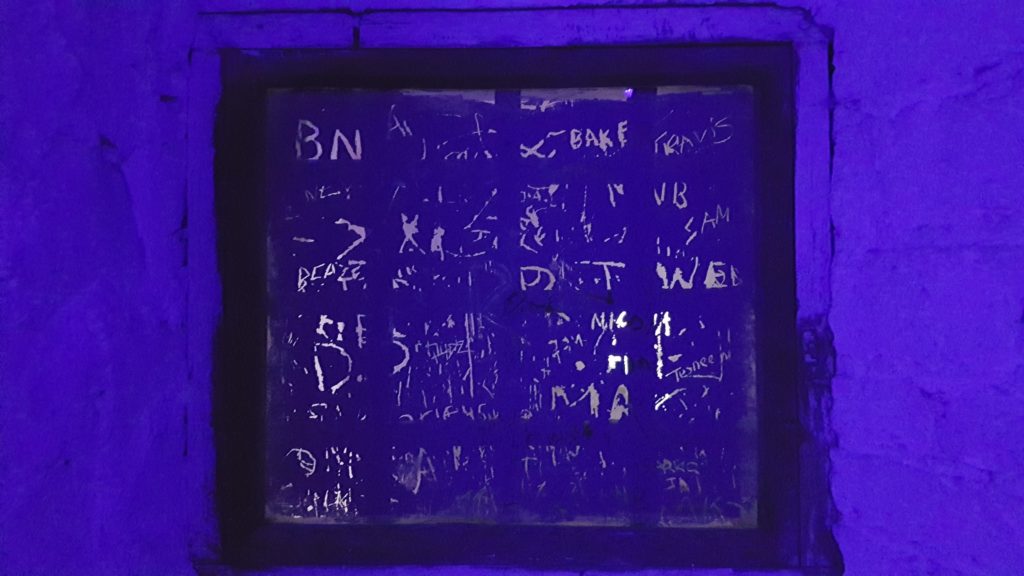 Prisoner graffiti on display in the York Prison Museum

There is a lot to explore in the cells, including prisoner graffiti and even an original cell-door. Visitors are introduced to some of the most famous inmates – including legendary highwayman Dick Turpin – as well as prison staff through larger-than-life talking images. York Castle Prison is certainly well worth a visit! 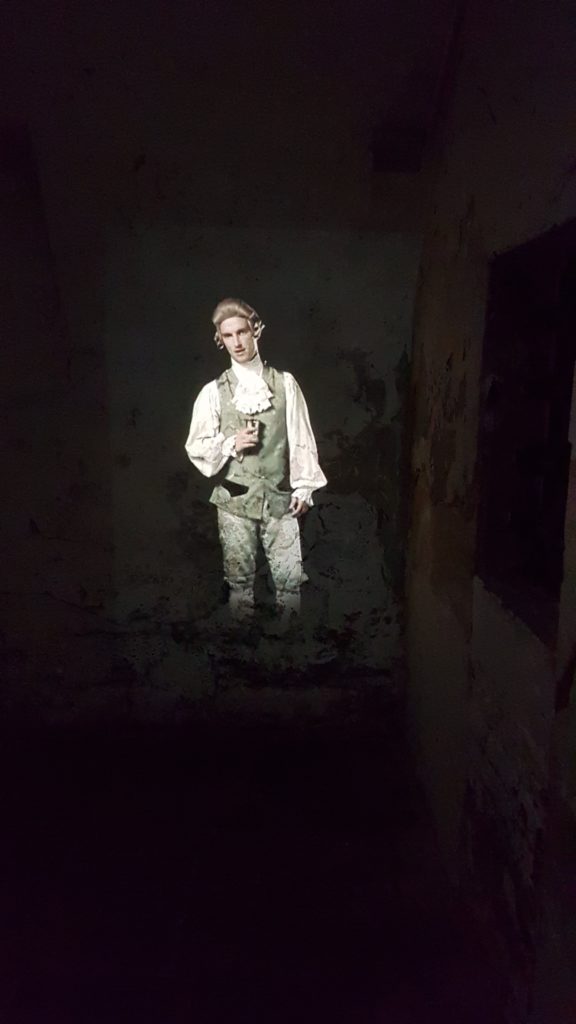 The legendary Dick Turpin, brought back to life for visitors in the cells of York Prison Museum

However, there are other sites that are also worth exploring if you have an interest in York’s penal past. The first of these is inside the Castle Museum. In Kirkgate, you will find a reconstruction of a late Victorian city police station complete with cell. 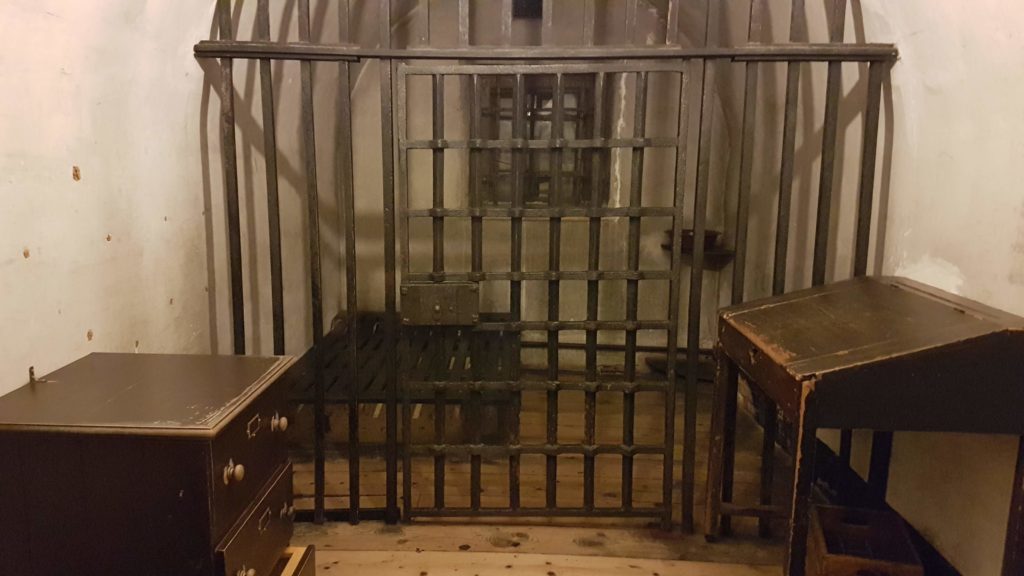 The iron bed looks very uncomfortable! But the size of the cell is of interest – it’s quite large. It is a good reminder that many criminal and disorderly characters could be squeezed into a single cell while the police officers waited for the next magistrate to become available.

The Little Ease Prison and the severed heads

The Richard III Experience at Monk Bar also includes a prison cell, but this one was actually used. In 1577 the Bar was used to accommodate the Little Ease Prison, one of several temporary custodial facilities established in the city to cope with an increasing number of recusants – i.e. rebellious relic-rescuing Catholics! 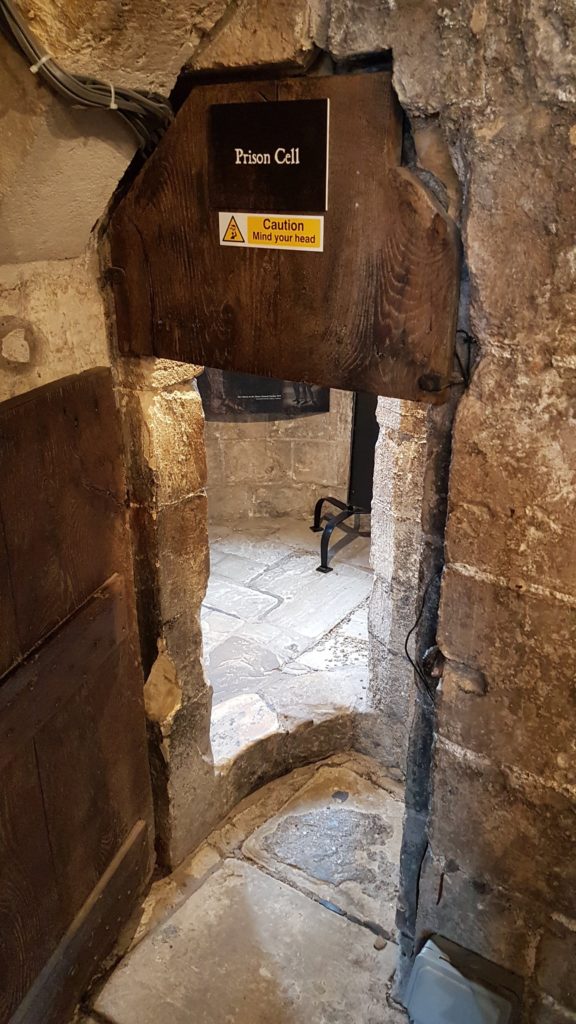 In 1583-4, Margaret Luetie and 19-year-old Alice Bowman spent eleven weeks imprisoned in Little Ease having been accused of stealing the severed heads of two martyrs from the bridge on which they were displayed. It would not have been a comfortable experience. 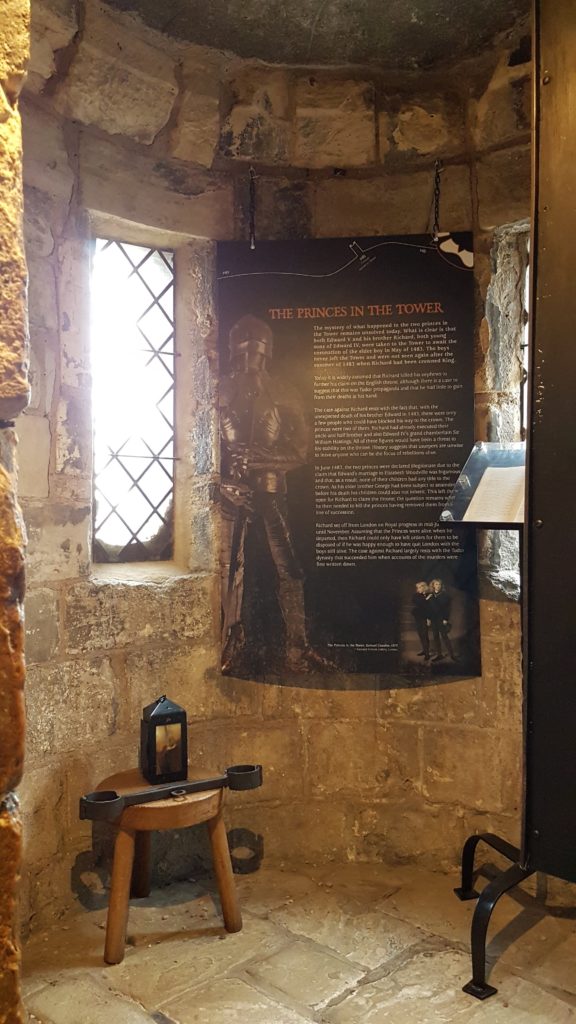 Inside the prison cell at Monk Bar. Note – the Princes in the Tower were never held here!

The room identified as a former prison cell in Monk Bar could be described as small, at best. But at least it had a toilet, or, as the sign says, ‘garderobe’! 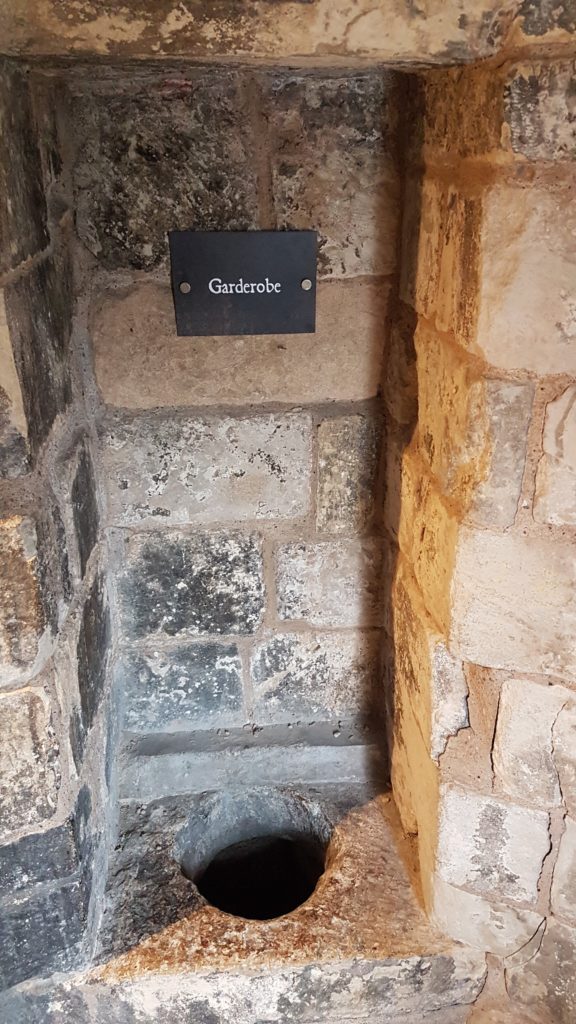 Toilet facilities in the cell at Monk Bar

The formation of a new borough police force in York led to the creation of police stations in the city. We know that at least one of these was erected near the Shambles in Fish Market, which is now called Silver Street, in about 1841. The station had five cells for prisoners, one on the ground floor and the others on the first floor. However, when the prison inspector visited shortly after, he was less than impressed. The cells, he complained, had no toilet facilities, no apparatus for warming, and no adequate ventilation.

When he returned two years later, little had changed. ‘The inconvenience and filthy condition of the cells when crowded’, he wrote, ‘and the unwholesome odour which pervades the whole building, as described by the police, are such as to induce me again to call the attention of the Watch Committee to this point.’ 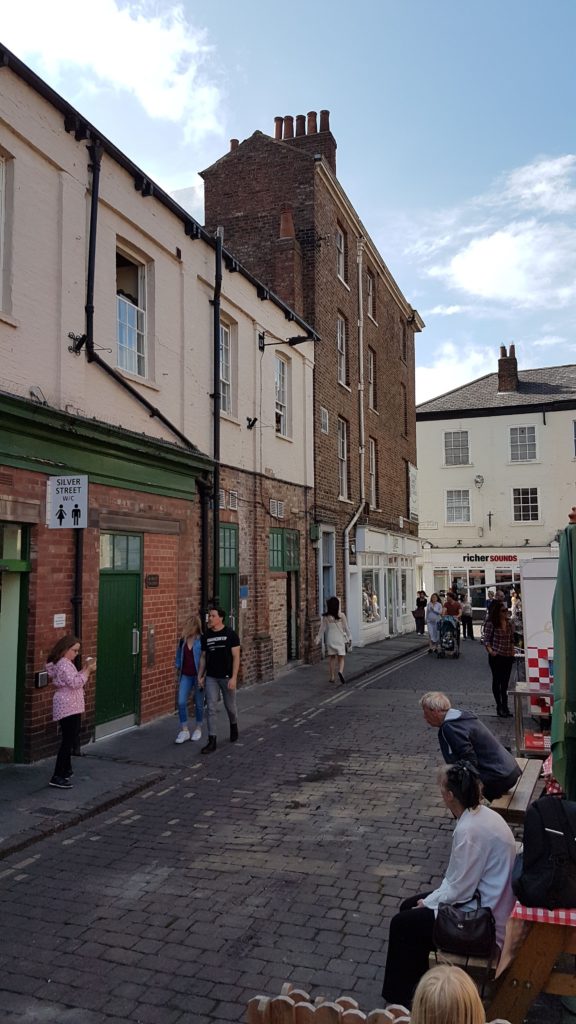 Ironically, Silver Street today has become home to a row of public toilets, a useful convenience for the many visitors who come to see the famous Shambles today.

Our last relic of York’s penal past can be found at the Holy Trinity Church on Micklegate. From the 16th century, wooden stocks stood in the churchyard and were used both for the restraint of accused criminals and, until 1858, for the punishment of those responsible for minor crimes or creating a nuisance. The stocks in the churchyard today are a replica of the 18th-century stocks now kept inside the church. 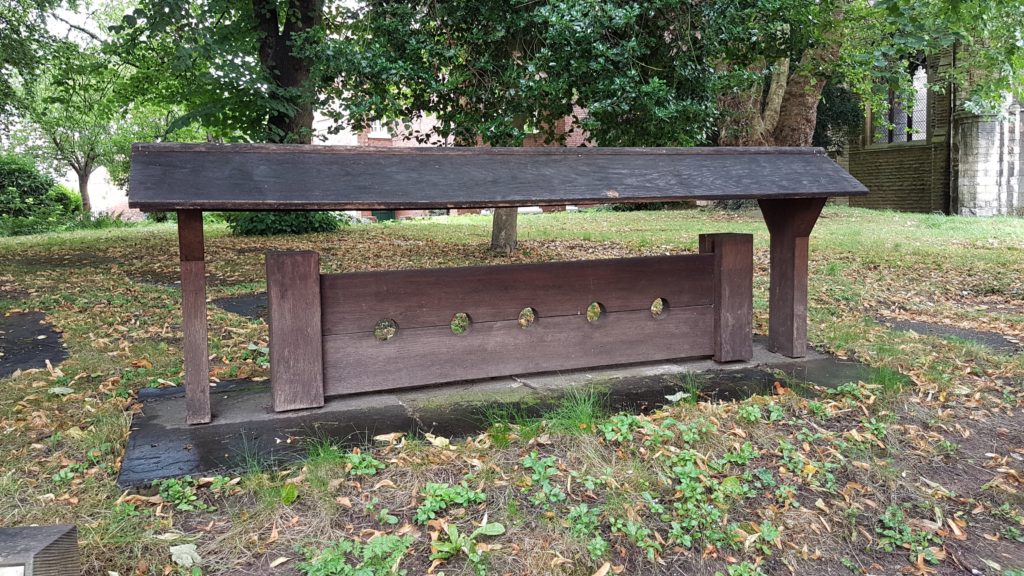 Stocks in the churchyard at Holy Trinity Church on Micklegate

During its long history, York had many more custodial facilities than those mentioned in this short piece. All have been demolished and little if any trace remains. 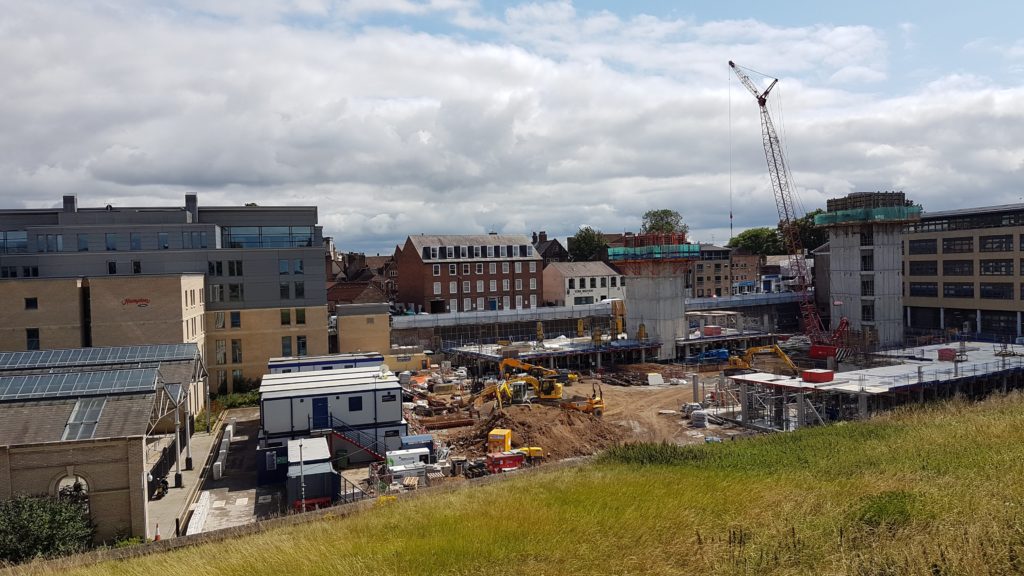 Toft Green, site of the former York City House of Correction, famous for its brutal treadmill! Now the chosen site for luxury apartments…

More information on 19th century York prisons, including information on the sites on which they once stood, can be found by searching the 19th Century Prisons database.

Have you visited or do you plan to visit prison history sites in York after reading our Go Explore guide? Have you paid a visit to a lock-up or prison after discovering it in our database?