On 11 September 2020, project lead Rosalind Crone was interviewed by Claire Carter for the BBC Radio Somerset on the history of Taunton County Gaol in Somerset.

A planning application had been submitted to Somerset West and Taunton Council to convert the Grade II listed building into six homes. Claire Carter and her listeners were keen to hear about the history of the prison, including whether it was true that a tunnel existed connecting the prison with the Shire Hall across the road. 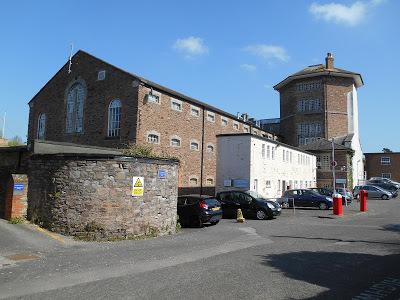 The old Taunton County Gaol and House of Correction in September 2021 (https://www.somersetcountygazette.co.uk/news/18710856.proposals-convert-former-taunton-jail-burton-place-homes/)

Here are some snippets from their discussion…

A site was chosen in Wilton, a neighbouring parish to the borough of Taunton. It is not clear why this site was chosen. Maybe the authorities wanted to keep the prison out of the borough because it was undesirable. It was built next to a new turnpike road (now the A38), so it might have been down to transport connections. The land was purchased for £300.

The prison was a house of correction at this time; NOT a gaol. So it was used for men and women (and children) who had been given short sentences of imprisonment by the county magistrates, for vagrancy and petty offences such as picking pockets, begging, prostitution, disorderly behaviour etc.

The original prison was apparently built in the shape of a church cross. There were many subsequent alterations and renovations. In 1816 it was significantly enlarged. It was enlarged and renovated again in the 1840s in preparation for its use as a county gaol, following the closure of Ilchester County Gaol.

After alterations in 1816, the prison could hold about 80 prisoners at any one time. Alterations in 1841-43 created separate cells for 275 prisoners. There was also a chapel, infirmary, schoolroom, refractory cells, and workshops in the prison as well as a governor’s house. 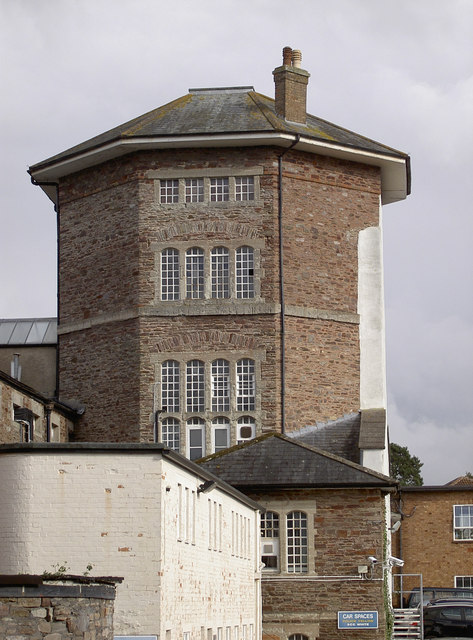 In 1823 a treadwheel was introduced and this was used to grind wheat and corn. Other forms of prison labour in the 19th century included stone breaking (for road building) and oakum picking. There were also industrial trades practised in the prison – matmaking, tailoring and shoemaking.

In 1843, the prison became a county gaol as well as house of correction following the closure of Ilchester County Gaol. This meant it was used not only for those sentenced to imprisonment but also for those awaiting trial and those who had been convicted of serious crime and were awaiting punishment – namely, transportation and execution (death by hanging). As the county gaol it was also the site for executions in the county.

The prison was closed in 1884. This was a consequence of the nationalisation of local prisons – the transfer of control from county and borough authorities to central government – as prison administrators in the Home Office shut down smaller prisons which were not filling to capacity or were inadequate. The only remaining prison in Somerset was Shepton Mallet.

After closure, the site was used as a military prison for time, before it became the headquarters of the Somerset Constabulary.

The penal reformer, John Howard, visited Taunton House of Correction in the 1770s and he wasn’t too impressed with what he found. Although there were separate rooms for male and female prisoners he found them mixing indiscriminately. There were smaller rooms with beds that prisoners with money could pay for and reside in; other poorer prisoners had little bedding or comfort. There was no employment for the prisoners. A prison chaplain had been appointed but he never turned up. And a few years before Howard’s visit an outbreak of gaol fever (i.e. typhus) had killed 8 out of the 19 resident prisoners. 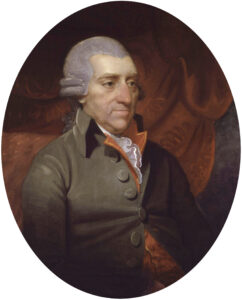 Prison reformer, John Howard, who toured the prisons of England and Wales in the 1770s to expose the terrible conditions within them. (https://en.wikipedia.org/wiki/John_Howard_(prison_reformer)#/media/File:John_Howard_by_Mather_Brown.jpg)

Another famous penal reformer, Elizabeth Fry, visited Taunton House of Correction in 1825 and found a clean and orderly prison. Fry talked to some of the female prisoners who were reduced to tears by her compassion and kindness. Fry made some suggestions on how to employ the prisoners.

When Taunton prison became the county gaol in 1843, it also became the site of execution for the county. There were 16 executions at the prison between 1843 and its closure in 1884. All were murderers – by this time, only murderers were executed. 11 were public executions, carried out on the roof of the prison for members of the public to see. In 1868, execution was moved inside prisons and the event was closed to the public.

Nearly all who hanged at Taunton Gaol had committed domestic murders – murder within the family. Among the 16 were spousal murders, murders of children by parents, murder of other relatives. Some murders were driven by jealousy.

What about that tunnel?

In 1858, a new Shire Hall was opened opposite Taunton County Gaol. The Shire Hall was the new location for Quarter Sessions and Assize trials, and lock-up cells were built underneath the courtroom to hold prisoners awaiting trial. 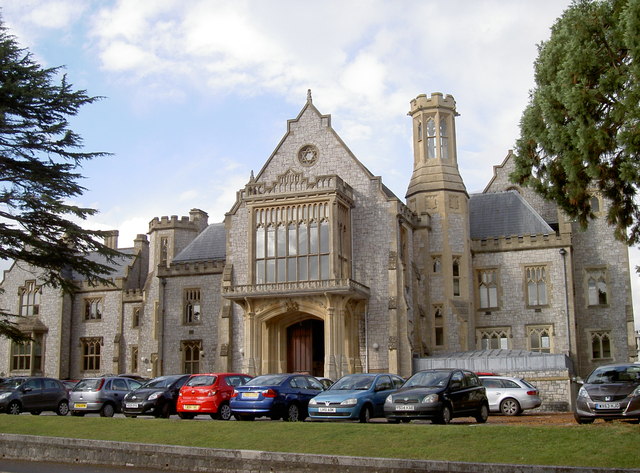 A History of Taunton published in 1875 suggests that there was a tunnel connecting the prison to the basement of the Shire Hall, so that prisoners could be moved – securely – from the prison to the lock-up cells beneath the court. I wouldn’t be surprised if this were true – there are such tunnels connecting prisons and courts in other parts of the country. But I do not know for sure if one exists in this case. We need a local to confirm it – perhaps the developers, if they get permission, can investigate this for us?

These notes on the history of Taunton County Gaol and House of Correction were compiled by using sources listed in the entry for Taunton Gaol in the 19th Century Prisons Database on this site, as well as John Howard’s The State of the Prisons in England and Wales (1784 edition) and Peter Parrish, The History of Wilton Gaol, Taunton, Somerset (Somerset & Dorset Family History Society, 2002).