As a major English port town, Bristol has had more than its fair share of prisons.

By the early 19th century, there were at least three separate sites at which those accused of crime awaited trial, and those who had been convicted served sentences: a city gaol, a city bridewell, and a county house of correction. By the 1850s, there were also several lock-up facilities – at Brandon Hill and Bridewell Street – to accommodate those arrested by the city police. 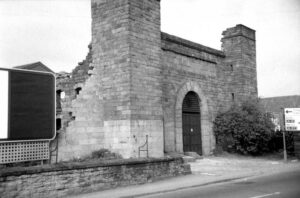 The gateway for the New Gaol on Cumberland Road. It survived the demolition of the prison after its closure in 1883. (Photo © Martin Tester (cc-by-sa/2.0))

In some respects, the history of Bristol’s prisons reflects that of other important English towns and cities. The county house of correction – Lawford’s Gate – was built in 1791 as part of Sir George Onesiphrous Paul‘s plan for prison reform in Gloucestershire. The medieval city gaol – called Newgate Gaol – was replaced in 1820, during a second wave of national penal reform, with a new prison on Cumberland Road. This prison, and the old city bridewell, which had stood on the same site since the 16th century, were deemed inefficient and inadequate by the new Prison Commission following the nationalisation of English and Welsh prisons in 1878. By 1884, they had been replaced by HMP Bristol, also known as Horfield Prison, which remains in use today.

Still, this is a history full of spicy episodes. We have been told that the prisoners confined in the old Newgate Gaol lived in horrendous conditions – apparently cats were put into cells to stop rats gnawing on prisoners’ feet. During the Bristol Riots in 1831, the Cumberland Road gaol was sacked, the treadmill and gallows were destroyed, and the prisoners were set free.

So interesting is this largely hidden history, that former prison officer Andy Griffin decided that it needed to be told. In March 2021, Andy released his new book – Bristol’s Prisons Unlocked – revealing the story of Bristol’s prisons: the people who lived in them, the people who worked in them, and the things that happened in them. Andy’s book begins with the prisons of medieval Bristol and takes the story right up into the late 20th century.

Bristol’s Prisons Unlocked is available to purchase on Amazon. To mark its release, Andy very kindly offered to give us a taster of it for the Prison History website! 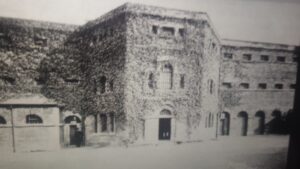 Maybe not known to many as it was a bit of an oddity. Its was a Gloucestershire prison but only a short walk of about 8 minutes from the castle green in central Bristol. As the City and County of Bristol developed and spread many parts of Gloucestershire were absorbed.

Lawford’s Gate Prison was located at the far end of Old Market and was the defence boundary to the City ( Bristol ) from Gloucestershire. Beyond this gate the jurisdiction of Bristol did not apply and was an area of lawlessness. The area was developed over a period of time as it was a main thoroughfare to the Castle. Bristol Castle stood where Castle Park is now. Originally a Saxon fortification. The castle was used as a Royal Castle from the days of King John up until the reign of Charles 1st, and was used as the market garden which provided fresh produce to the castle. Over the years the broad road developed, and the Old Market name stuck. A ‘Pie Poudre Court‘ was used to settle market disputes and had been in existence since medieval times. ( It was still used up until the 1970s and then disbanded ). The district had a sugar refinery where the Drill Hall stands now and a soap and candle factory which is part of the Gardiner-Haskins development. Construction started on Trinity Church in 1791. There are around 60 listed buildings in Old Market. The prison was located close to the site of Trinity Road Police Station under what is currently Gloucester House. 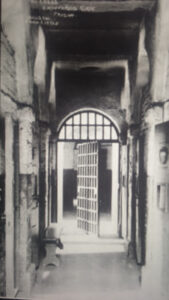 Those parts of the town not under government of the Magistrates of Bristol and are large and populous, both in the County of Gloucestershire and Somerset, which are governed by Justices of both counties and have constables, bailiffs and criers for the different districts. A spacious, strong prison of stone has lately been completed for the suburbs of Bristol in Gloucestershire. It has 70 separate cells, a chapel, a hall for justice in its front which extends about 150 feet and the whole is surrounded with a strong wall 20 feet high. This stands at the end of a street called Gloucester Street as it is without the place where Lawfords Gate stood, it is named Lawfords Gate Bridewell. Here and in another part of the suburbs are held weekly courts as there are for the suburbs of Bedminster in Somerset, which have also a Bridewell, tho’ but little used as offenders are quickly sent to Shepton Mallet jail. There are 4 rooms, each measuring 18 feet x 16 feet. Two of the rooms used by prisoners who could afford to pay for a bed. A room used by felons awaiting trial. Outside is a court with a water pump. Prisoners are normally confined to their rooms as the court area was not secure and the mix of classes of prisoners was not satisfactory for order and discipline although, the prison was not well used, and the numbers incarcerated therein were few.

The prison was a mass of small rooms and corridors, heating during the winter being log fires so it became very smoky, it was ordered that each year the walls were to be scraped and whitewashed. John Howard, when visiting recorded that in 1774 there were only 2 prisoners. 1775 only 8 and in 1776 only 6. Possibly, as Bedminster did, prisoners were moved on to larger and better equipped jails where a more purposeful activity could give employment to the inmates.

Diets were in line with other Bristol Prisons. Convicted prisoners were restricted to one pound of bread per day, two pounds of potatoes or half a pound of boiled rice with treacle. No meat was supplied. As in other jails the poor diet led to illness and some deaths. Following a review of the Bristol prisons the Justices ordered the 5 ounces of meat were to be supplied at least twice a week and the amount of bread issued on no meat days be increased. Being a Gloucestershire court, and more rural, the offences varied somewhat to neighbouring Bristol. Offences which justified imprisonment listed in the 1800s are typified. Being in possession of a hare – 3 months imprisonment. Stealing turnips – one month imprisonment. Killing rabbits – 6 months imprisonment and a £1 fine. 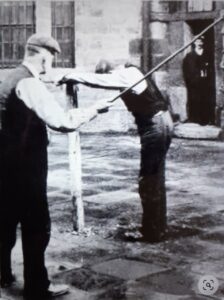 Whipping post at Lawfords Gate Prison (and demonstration of its use)

A report shows that a woman was tried for the murder of her niece, a child of 2 years. Catherine Jenkins was moved to Gloucester for the Assizes and was sentenced to death. By the time a newspaper report was printed in Bristol the sentence had already been carried out.

The Gloucestershire Bridewells, to distinguish from the common jails were originally Gloucester, Berkeley and Cirencester with Winchcombe and Lawfords Gate added in the 1700s.

The prison suffered extensive damage during the 1831 riots when the unemployed protesting the Government’s austerity measures. The walls were breached, prisoners released, and buildings fired. Most parts were so badly damaged that could not be used again and was little used., used until 1854 and ceased to function after 1860. The prison was eventually pulled down in 1926. 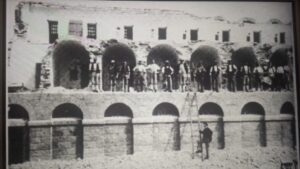 Demolition of Lawfords Gate Prison in 1926

Oddly, and to maintain it as a Gloucestershire court, as Bristol spread and engulfed this section of the city to extend the boundaries, the court relocated to Staple Hill. It remained listed as Lawfords Gate Magistrates Court until the new courts were built at Yate. Due to streamlining of the courts procedures it has now been demolished and homes built on the site.

Many thanks to Andy for permission to reproduce text and images from his book. 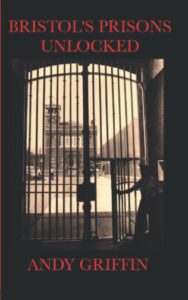 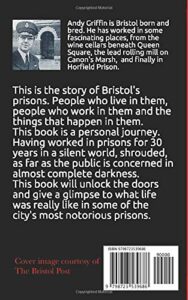