As Newcastle City Guides, Keiran-Ann Keilty and Susan Lynn regularly undertake research for their walking tours. This is their research into the Tynemouth House of Correction. 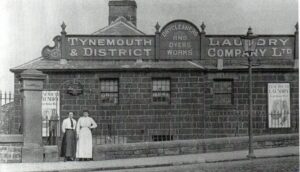 The old Tynemouth House of Correction – in use as a laundry. © North Shields Library, Local Studies and Information, with kind permission.

The Tynemouth Correction House and Justice Room is a rare example of a court house and combined small scale local prison. Many buildings of this type were built in England during the 18th century, by order of an Act of Parliament, but few have survived. 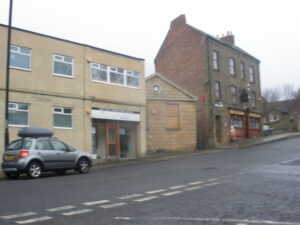 General view of the buildings – house of correction, courthouse, and Tynemouth Lodge – in Tynemouth Road. © Susan Lynn, with kind permission.

It was decreed at the Christmas Sessions at Morpeth on 13 January 1789 that a House of Correction was needed at North Shields. Thomas Fenwick & Thomas Bigge were authorised to find a place and they reported at the Easter sessions that they had found a site belonging to John Walker of Dockwray Square and were instructed to come to an agreement, not exceeding £45.00, and so the Correction House was duly built, opening in 1792. 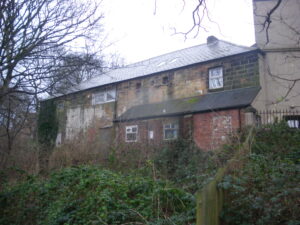 The original correction house building, visible from the rear of the property. © Susan Lynn, with kind permission. 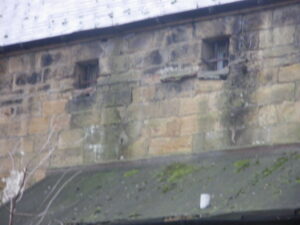 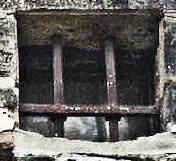 Close-up of one of the remaining cell windows in the old house of correction. © Susan Lynn, with kind permission.

The House of Correction was originally a prison for minor offenders – such as those who had been fighting on the quayside, petty thieves, prostitutes and such like, whilst the more serious offenders were sent to the county gaol in Morpeth. In the 1861 census return there were 19 inmates identified only by their initials and place of origin. They were from Scotland, Ireland, Prussia, Northumberland, Durham. Staffordshire, Hampshire & Cumberland, so a variety of miscreants, just as you would expect from a busy sea port. There are two recorded escapes, William Daglish 26 July 1865 and Arthur Henderson 2 April 1866, both escaped in the classic way by climbing over the wall, but were quickly re-captured. 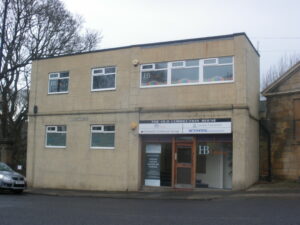 The old house of correction, as seen from the street (i.e. Tynemouth Road). A 1930s extension covers the original exterior. © Susan Lynn, with kind permission.

For the Golden Jubilee of King George III on 25 October 1809 the prisoners at the Correction House were given a good dinner and a quart of ale each, by order of the Magistrates. In 1811 forty four French prisoners of war escaped from Edinburgh Castle and four were re-captured near Tynemouth, whilst attempting to board an American ship and taken to the House of Correction.For most of the 20c (from 1907- 1961) the building operated as Tynemouth & District Laundry, then as Superb Cleaning & Valeting (1961-1967), finally becoming a reclamation yard. It was granted Grade II listing in 1999. 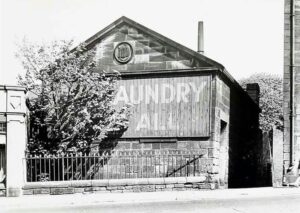 The Tynemouth Lodge Hotel, built over three floors next to the correction house has been trading as a public house since it was first built in 1799 for a Mr William Hopper who ran it for a number of years. Part of the old cellar of the Tynemouth Lodge Hotel was once set aside as a kitchen area to prepare meals for the prisoners housed next door, legend says via a tunnel. Circuit judges regularly stayed at the Tynemouth Lodge whilst engaged in their periodical duties in the Justice’s Room, which was also the local court house. 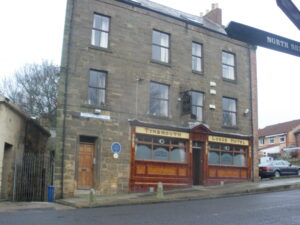 Tynemouth Lodge © Susan Lynn, with kind permission. Facilities at the lodge were used to supply food to the prison.

In the 1891 census the landlord of Tynemouth Lodge was John Rutherford, age 56 assisted by his wife Hannah, age 60 and two servants. They also had eleven guests staying, Robert & Marie Clifford the manager and proprietress of a Spanish Choir and their choir of nine teenage girls, not one of whom was Spanish. John Rutherford had been born at Hawick in 1835, joined the Police Force in Newcastle, afterwards became chief warder at Newcastle Gaol and then Master of Berwick Workhouse before he came to be landlord at Tynemouth Lodge. His wife Hannah, died later in 1891. 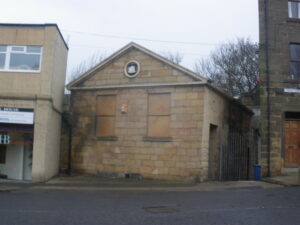 The old courthouse, located between the house of correction and Tynemouth Lodge. When the court was in session, circuit judges were accommodated in Tynemouth Lodge. © Susan Lynn, with kind permission.

John then moved to the Beehive Inn, Dotwick Street, North Shields and in 1894 he married his barmaid Isabella Rutter who was 15 years younger than him, but this marriage did not go well and in 1898 at Newcastle Assizes, John Rutherford now aged sixty three was charged with the wilful murder of Isabella. It was alleged that Rutherford beat his wife, causing her face to be bloodied and bruised and twelve ribs to be broken. For the defence it was contended that the woman fell in the scuffle with her husband. According to the evidence it was a really vile murder accomplished by the sheer brutality of the husband kicking and ill treating his wife. The prisoner’s story was that the injuries, if not self- inflicted were inflicted by some other person or accidentally in a fall in a drunken fit. But there was a good deal of evidence to show that the sound of blows and screams were heard in the room, in which were several tufts of hair and splashes of blood. 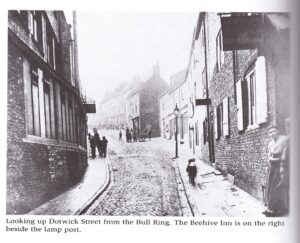 Witnesses testified that the couple had been heard arguing, that the deceased nagged her husband and that drink was largely to blame. John Rutherford, who was described as being tall with a long white beard and white hair wore a black frock coat and spectacles and said he had lived peacefully with his first wife for 35 years. The jury found the prisoner guilty of manslaughter and in his summing up Judge Grantham said he felt for the poor woman and the condition in which she was found but thought that she might have begun the trouble, there was nothing more aggravating than the nagging of a woman and drink was largely to blame and he was sorry a man should have such a crime on his soul but the law was clear, men could not be allowed to knock their wives about, however with the exception of this charge he had borne the highest character so he sentenced him to the least sentence allowed, three years penal servitude.

So, John Rutherford former Police Officer, gaoler, workhouse master and deliverer of food to those in the Correction House became himself a prisoner in Newcastle Gaol.
John Rutherford served his time and after his release went to live in Byker with a nephew where he died in 1906 aged 71 years.

PRISONERS only identified by their initials, occupation & place of origin – 13M & 12F

1871 Census
House of Correction recorded as ‘Lock Up House’

+ 11 visitors staying at lodge – all members of a choir-none of whom are Spanish ! 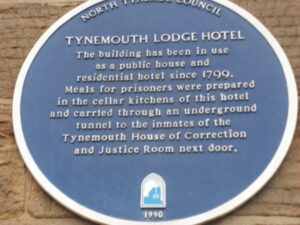 The blue plaque, marking the importance of Tynemouth Lodge Hotel, the Courthouse and the Tynemouth House of Correction. © Susan Lynn, with kind permission.